Exist Immortal are a five piece band from West London, United Kingdom who play technical progressive metal, fusing catchy melodies, soaring vocals and big soundscapes with technical riffs and pacey grooves. They’ve earned a reputation of being rising tech-metal stars through their style of hard hitting riffs paired with intense and relentless grooves, the combined sound-mix having made Exist Immortal a band on the rise.

I have to confess I’d not previously heard of the band, but in fact the band was formed as long ago as mid-2011. The band’s relentless touring has seen their ferocious live show hitting stages throughout Europe, they performed at the UK Tech-Metal fest in 2012 alongside Sylosis,Textures and Monuments, and have shared stages with bands like While She Sleeps, Red Seas Fire and Uneven Structure. Their debut EP Insects was released in June2011 and their mini-album DreamSequence in January 2013. A full-length album Breathe followed in 2016.

More recently, the band has been engaged in a trilogy of EPs, Act One – Rebirth being the starter for three. Act Two – Gold is the new release with a third, finale, planned for later. Frontman Meyrick de la Fuente comments: “The EP trilogy came about because we wanted to do something that explores the stages of pushing through internal struggles. Act One – Rebirth is about coming to terms with missed opportunities and letting the past go. Act Two – Gold is about assessing what needs to be done in moments of clarity while coming through difficult times. It’s a more positive offering than Act One and continues the musical development. We hope people will get some sense of inspiration, or get some kind of renewed positivity from this.”

The Music Press have been saying some quite nice things about the band:

“Capable of producing earth-shaking grooves and layered, swirling passages that ebb and flow with grace and an impressive mastery over their instruments…This is an album that works on every level, and Exist Immortal look destined for far bigger things.” – Kerrang!

“Exist Immortal manage to do that rare thing – write immediate, natural-feeling songs that you take in straight away while being very technical. Thanks to some really lyrical lead guitar lines that are about tune not fret-wanking, and a singer with a fantastic voice and an ear for a hook or three, they’ve got some very promising ideas, and seem to know how to write in such a way to give them room to breathe” – Metal Hammer

So, to the songs. To me, the sound on these four tracks captures elements of Kepler Ten, Voyager, Acolyte, all bands sharing that same sense of prog-metal dynamics. The opener is the recent single Come Alive (see video below). Meyrick (vocals) says this about the song: Come Alive is a call to action to push and be the change you want to see. The song was originally written about coming out of dark places with a renewed sense of inspiration and striving to make the most of all those moments, and build upon them. Our generation is not responsible for the vast majority of major issues we face today, but we are nonetheless the solution whether we like it or not. The overall intended effect of the song and video together is to recreate the sense of a journey through a consciousness that makes you want to get up and make something happen. It’s a Call to Action”

Atmosphere is a good title for a track reeking of it, there’s an almost “space-rock” feel to this, nice synths! Gold is another track full of pacey rhythm, strong vocals, and a sturdy beat. The last of the foursome is The Cure, and actually this is my favourite of the four – it’s dropped down a tone, and has a slightly darker groove with more variation of composition. It’s good stuff with a nice change of pace in the bridge section.

Overall, the four tracks are dynamic, exhilarating and very catchy. My only issue is that as a song-set, they’re all quite similar, with the honourable exception of the last track. The band definitely produce great quality progressive metal, I just want to push them for more variety to become truly special! 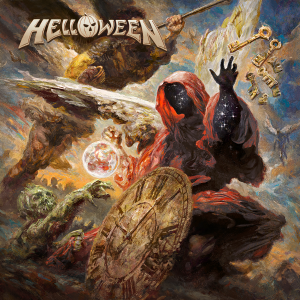