The band Firewind was initially formed in 1998 as a showcase for the mercurial talents of Greek guitarist Konstantinos Karamitroudis (more commonly known as Gus G) but it took another three years for a real band to emerge with the debut, Between Heaven And Hell, being released a year later in 1992. Since then there have been a total of nine albums, including Firewind, and all released at roughly regular intervals which is the way the fans want it. Gus G is a very busy musician indeed as he not only is the leading light of Firewind but he also has a successful solo career as well as releasing albums with Mystic Prophecy, Nightrage, Arch Enemy, Dream Evil and Ozzy Osbourne plus numerous guest slots with other bands too.

For sure, Gus G is a much in demand guitarist and if his name is new to you then prepare to be amazed at his prodigious skills. There has always been a revolving door when it comes to the musicians in Firewind and this new album sees a much changed team from the one that produced the essential Immortals album in 2017. Out goes vocalist Henning Basse to be replaced by Firewind singer number six, Herbie Langhans (Sinbreed/Seventh Avenue), and what an easy transition this has been. I am a great admirer of Basse’s vocals but Langhans adds another dimension and he also has a delivery similar to the one and only Ronnie James Dio so that’s good enough for me. This is shown perfectly on the track Overdrive which sounds like it could have been on Heaven And Earth itself and seems to be homage from the band to the Dio/Sabbath team. Langhans has been an incredible addition to the band as he gives a performance that is a master class in rock vocals and let’s hope that he remains for a while as he brings an extra quality to the band. Out too is second guitarist Bob Katsionis and it seems that he has not been replaced for this album but I’d be surprised if another guitarist is not brought in for live duties as Firewind are a very guitar heavy band. Petros Christodoulidis (bass) and Johan Nunez (drums) remain and they keep everything turbo charged which enables the stable base for Gus G to lay down his incredible licks. Whether hard, fast and heavy or sheer speed or even slow and restrained, Gus G is a true master of the six-string and it’s obvious that his major influences include Uli Jon Roth, John Petrucci, Yngwie Malmsteen and Michael Schenker and, to me, Gus G is a guitarist who should be considered in this list. There are elements of heavy, power and progressive metal about their music and these is something here for any rock fan, great songs, superb vocals and guitar that is stratospheric.

This is an album that you simply must own. 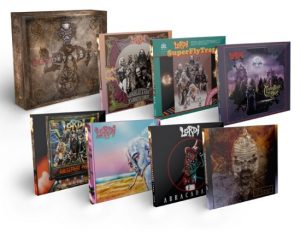 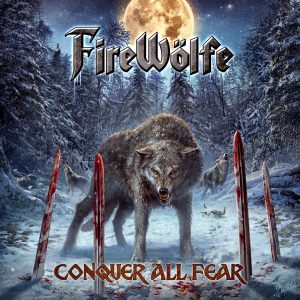 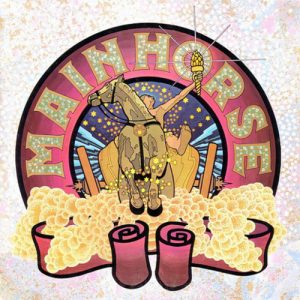