I should come clean straight away and admit that I thought I knew what I was getting with Third Stage: Live In London, the new live DVD from Flying Colors. I had expected to casually watch it in segments, taking breaks to do other things, listen to other music, scroll through that former classmate’s social media to see if I’m still annoyed by him (spoiler alert: I am), eventually coming back to watch some more. But I’ll be damned if I didn’t get completely sucked in to the amazing two hour performance given by these five consummate professionals. So hopelessly jazzed was I by their infectious songwriting and obvious joy in doing what they were put on this earth to do, I found that I had barely moved, and two hours had gone by in a flash.

Every one of them looked and behaved just as I expected them to: Casey McPherson in his Civil War-era kepi cap, strumming chords and belting out choruses with his clear, impressive range. Mike Portnoy bashing every drum in sight and leaping from the throne to rouse the audience in his inimitable style. Neal Morse bouncing to and fro behind his keyboards, one hand outstretched as though anointing the crowd, and making goofy faces at Mike. Steve Morse, clad in sleeveless ‘wolves baying’ shirt, one leg jutting forward to his pedals and eyes tightly closed, bestowing his jaw-dropping solos on a lucky crowd. Dave LaRue parading his array of beautiful basses and anchoring the music, the unassuming but seasoned hero of the thicker strings. But my correct predictions mattered not; I didn’t realize what I was in for, and I was transfixed from beginning to end.

Shepherd’s Bush Empire is just the right level of intimacy for such a DVD, filmed on the sold-out final show of their Third Degree tour late last year. The editing is done with less concern for endless panning crowd shots, or what’s on the big screen behind the musicians. Instead the focus is on the Colors themselves, and the chemistry they have when they do manage to align their schedules and play together. Despite all coming from other bands, they truly gel in their little moonlighting brotherhood.

Galloping confidently through a fifteen-song assortment spanning their three studio albums, each musician is provided numerous opportunities to steal the spotlight – and they take every one of them. Show opener Blue Ocean, the first track on their debut album, showcases LaRue’s jogging bassline as the band slowly ramp up the intensity, with Neal Morse and McPherson trading lead vocal duties with aplomb.

The funky and catchy Geronimo makes for an energetic live number, LaRue nailing the tricky bass parts with astonishing ease, every quirky section leading back to the impossibly fun singalong chorus. Morse (the blonde-haired one) lays down some of his trademark melodic leads in Kayla and Peaceful Harbor, and trades ferocious solos with Morse (the dark-haired one, no relation) in the heavy and powerful The Loss Inside. The cutesy Love Letter is a fun, bouncy bit of pop, but I admit a twinge of disappointment that they chose that one over the more substantial (and personal favourite) Cadence.

A triple shot of their three album-closing epics (Crawl, Infinite Fire and Cosmic Symphony) forms the majority of the second half of the set, a brave move that leaves the audience elated after such a prog extravaganza. The trio of lengthy pieces is something of an emotional rollercoaster, delivering myriad moods and packed with extraordinary playing. McPherson is fully invested too, singing like his life depends on it and deciding on a whim to wander into the crowd to deliver the most emotional section of Cosmic Symphony among them. Show closer Mask Machine is a riffy, rousing, rollicking rock-and-roller that gets the whole crowd to their feet, bopping at the edge of the stage and roaring their approval to a delighted and exhausted band.

Third Stage… is an excellent and worthwhile document of five fantastic musicians who were 100% committed to giving the best performance they could on that December night in London. I tip my cap to them in genuine admiration, and if I could sum up this review in one sentence, the truth is: I sincerely regret that I wasn’t in attendance. 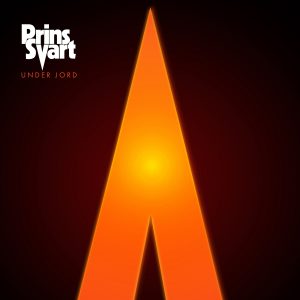 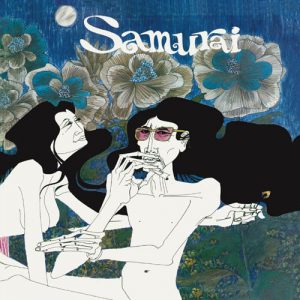