The rock band FM is one of the stalwarts of the British melodic rock scene and, alongside Ten, one of the few UK bands that rank comfortably alongside the American giants of the genre.

Formed in 1984 by the former Samson pair of Merv Goldsworthy on bass and Pete Jupp on drums and the supremely talented Overland brothers with Steve on vocals and guitar and Chris on lead guitar, the Overland’s both ex-Wildlife, plus ex-Invader Philip Manchester (aka Didge Digital) on keyboards. This was the line-up that recorded the debut Indiscreet released in 1986 with the second album, Tough It Out, following in 1989. Chris Overland left the band in 1990 with Digital following in 1991 but by then the band had staked a place as quality purveyors of melodic rock which they have steadily built upon despite disbanding between 1995 and 2007. The 30th anniversary of the debut was celebrated by the release of Indiscreet 30 in 2016 which saw the album being freshly re-recorded and now it is the time to, belatedly, celebrate the 30th anniversary of Tough It Out too. The band toured in 2019 as celebrate the album and now we have this rather fine 2CD set available which exhibits the band it all of its glory and shows just how much we have all missed live music!

The band actually recorded every night of the tour in the UK and Germany and the 22 tracks of this set were carefully selected to optimise the listening experience. Personally, I prefer my live albums recorded at a single show and am more than happy for mistakes to be left in as that is what live is all about but careful selection does make for a note perfect recording so I understand why it is done.

Tough It Out has rightly become a melodic rock classic and it’s nice to hear it again with the band truly having a great time and revelling in the occasion. These days the band line-up with Steve Overland on vocals and guitar, Merv Goldsworthy on bass, Pete Jupp on drums, Jem Davis on keyboards and Jim Kirkpatrick on guitar and there is a nice touch too with Didge Digital joining the band on the track Burning My Heart Down. A couple of tracks, Hard Day In Hell and I Heard It Through The Grapevine, also feature some exquisite saxophone from Carl Brunsdon and this really does add an extra dimension to the already full-on FM sound.

This release now actually makes two live albums released recently with The Italian Job recorded in Milan 2018 but coming out in 2019 and both are perfect testimonies to one of our greatest rock bands. The first CD features Tough It Out in its entirety and it still sounds amazing as the band rolls back the years to update the classic album with a fresh and modern take on the songs. The second CD is a thoroughly entertaining ride through the FM back catalogue with a couple of surprises thrown in with the albums Aphrodisiac and Metropolis supplying 3 tracks apiece and a track each from Indiscreet, Rockville and Heroes & Villains plus a couple of former singles. If you know the band then you can expect the usual polished AOR that is suffused with hooks, harmonies and outstanding levels of musicianship. Steve Overland is in stunning form with his perfectly polished vocals and there is a totally hilarious moment on the last track of the album, a superbly delivered I Heard It Through The Grapevine, as a well timed comment from the enthralled audience causes him to crack up, pure class. Kirkpatrick thrills on guitar with Goldsworthy and Jupp providing a perfect and solid platform and there are great keyboard skills from Davis too.

The rockers and ballads are neatly spread around making this a stadium rock album of pure class and shows yet again that FM are true masters of the live environment. 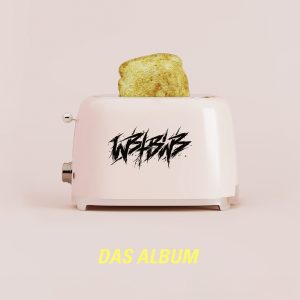 We Butter The Bread With Butter – Das Album (AFM Records)