There was a time when the very mention of the words ‘concept album’ would make the blood of many a journalist run cold and this was mild compared to the contempt held for the expression ‘rock opera’. The mainstream media, in general, still retains an element of derision for progressive rock and some of its more fanciful works, as you only need to mention King Arthur On Ice and you will be treated to howls of derision. However, they always fail to mention the 27,000 who attended the three nights at Wembley or that the album got to number two in the album charts in 1975. as this is all is swept neatly under the carpet. Journalists are never wrong are, they?

Anyway, just ignore them, as we all love a concept album and the grander the better – and I wonder if there has ever been a larger tale than this one, but then I guess Neal Morse’s Jesus Christ The Exorcist would come close! The basic concept of the story of the opera is that it tells the tale of the poor Jewish man Ahasverus who was cursed by Jesus Christ and condemned to immortality for having refused him a glass of water whilst carrying the cross on his road to Golgotha. Now, without wishing to get into a philosophical debate, it is difficult to imagine Jesus taking this course of action – but it is just a vehicle for the story, which is actually based on the poem Ahasvérus by the French poet Edgar Quinet written in 1833 and is used as a symbol for the progress of humanity through the years. The opera is a work in three parts with part one being released in 2014 so based on this timescale there will be quite some time until the story arc is completed.

The project is the brainchild of French author/composer/singer/keyboardist Ivan Jacquin (Psychanoïa, Amonya, Magnesis) and is a symphonic extravaganza that tells the story of Ahasverus as he passes through time and the scenarios and people that he meets and, bizarrely, the people he becomes. I haven’t heard the first part, but Part 2 sees Ahasverus in Jerusalem for the Holy Crusades – but he has now become Omar Kyan (I’m assuming this means Omar Khayyam, the Persian mathematician, astronomer, philosopher, and poet) and he meets and forms an alliance with Salah ad-Dîn (or Saladin as we would more commonly know him). From there it is a short skip and a jump and we travel through time to the beginning of the 19th century where the story ends and sets up Part III of the tale. In the course of his journey, our wandering Jew encounters Vikings, Christopher Columbus, Nostradamus, Shakespeare, Mozart and the French revolution. All in all, what I would call an epic tale and the stuff of legend or nightmare depending on your musical preferences. Whatever your opinion though, this is a most grandiose project and Jacquin has brought in a veritable army of musicians to help tell the story and these include Leo Margarit (Pain of Salvation, Epysode) Mike Lepond (Symphony X, Silent Assassins) Zak Stevens (Circle II Circle, Savatage, TSO), Emma Elvaston (Beneath My Sins) Tom S. Englund (Evergrey) and Amanda Lehmann (Steve Hackett Band). The full count of musicians is forty including choir and makes use of traditional instruments as well as harps, dulcimers, violins and even the hurdy-gurdy so this really is an eclectic delight. The scale and scope is off the chart as we are treated to a heady mixture of progressive rock, symphonic rock and all served with a background medieval air that flavours the proceedings. Of course, starting the album in Jerusalem calls for a wonderful and evocative Eastern refrain which is overtaken by a more European clash of brass that signifies the conflict as east meets west and then we move in to the album proper which is a whirlwind of orchestral pieces, gorgeous male and female lead vocals and stunning instrumentation. This is another of those works that has so much happening that you have to sit and listen closely to get the full effect of what is happening and all the better if you have accompanying lyrics (which we did not have) as this is truly a complex but very rewarding work and is redolent of Ayreon and Avantasia at their grandest.

This is not an album that you can dip a toe in, as you need to fully immerse yourself into what is happening and then you can follow Ahasverus on his journey if you wish, or just take the position of a watching bystander. Whichever role you take you cannot help but admire the hugeness of the concept and the work that has gone into bringing it to life. The only real way to describe the album is to say that this is a huge and epic operatic work of note that you will find totally engrossing if you buy into the story – and you will most certainly be rewarded if you do.

The Symphony Of The Wandering Jew Part II track list 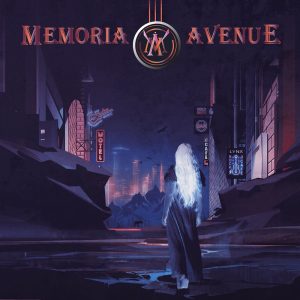 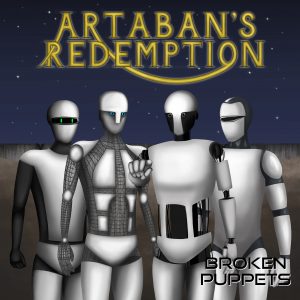