This is music to give your attention to, but it will repay you.

Many people at this point may be asking, who the hell are Fruupp, and what on earth is that name all about? Well, I can’t answer the second question, but I can help out with the first. Basically, Fruupp were an Irish prog band who recorded four albums between 1973 and 1975, earning themselves a cult following owing to their thoughtful and intelligent music, without ever getting near to the ‘big time’. Kind of like an Irish version of Druid, if you like. And this album pulls together nine of their best tracks from the era – eight album tracks and one single (the latter of which, Prince Of Heaven , was absent from its ‘parent’ album, The Prince Of Heaven’s Eyes, in the good old ’70s contrary prog tradition!)

Right away I have to confess that, while I was aware of the band and had heard some of their material, I was and am not familiar with their whole catalogue, so I cannot comment with any certainty as to whether this is the best selection, or whether there are other classics which have been omitted – but of course, that would change depending on who you asked anyhow! What I can say is that the sequencing of the album (which has been put together, incidentally, by their ‘fifth member’ Paul Charles – lyricist, sound engineer, roadie, agent and de facto manager) is superbly done. The tracks are not arranged chronologically, but instead with a view to how they flow into each other. For instance, the short and relatively simple psych-prog of Janet Planet leads into the epic Decision, then by way of the laid back Three Spires ramps up the prog factor again for the superb Sheba’s Song. This attention to detail makes the album work extremely well as a whole, and certainly leads me to want to fill in the gaps.

Fruupp’s influences are diverse, with plenty of Yes, Genesis and other early ’70s stalwarts easily discernible, but the sum of those parts leads to its own unique identity. There are often tricky time changes, of shifts of mood within a piece, meaning this is more suitable perhaps for the Gentle Giant / VDGG / King Crimson school of ‘cerebral prog’ rather than those wanting a quick fix of lush mellotron and soaring guitar. This is music to give your attention to, but it will repay you.

There are mis-steps here. White Eyes, for example, starts well enough but sags around halfway through its seven minute length and noodles its way somewhat to the finish line – but most of this content is very strong indeed. It is also, at times, fascinatingly eccentric: Sheba’s Song, for instance, takes its inspiration from a newspaper story concerning an escaped lion, and has been sampled by rap artist Talib Kweli in what must be one of the most bizarre crossovers of all time!

The cover design, as with many Esoteric releases, is superb, with the front cover consisting of a beautifully striking painting by Peter Farrelly. And, if the album title sounds as if it should grace a live album, that’s because it was supposed to. The band had been reserving the title for their first live record, but after finally getting a good recording of a show at Friars, Aylesbury, in 1975, the tapes were promptly destroyed by a fire at Paul Charles’s flat in Peckham! Sometimes, a band just don’t get the rub of the green…

Still, with the music here fully remastered, and with Paul Charles contributing entertaining new notes for the booklet, there’s never been a better time to ‘get to know Fruupp’ – which is an expression I don’t believe I’ve ever used before! Well worth making up for lost time, though. 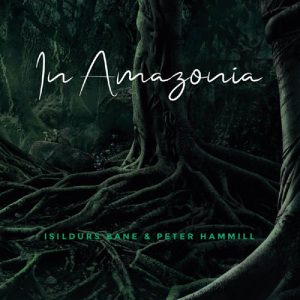