Rogga Johansson is a legendary name in the death metal circles, appearing on numerous releases by Paganizer, Massacre, Ribspreader, Those Who Bring The Torture and at least 20 more bands, but it was a big surprise to see his name in a classic old school heavy metal one. Gauntlet Rule is exactly that, with the line-up of this new band completed by bassist Peter Svensson (Assassin’s Blade, Void Moon) and vocalist Teddy Möller (Loch Vostok). The Plague Court is their full length debut and it will be released on March 18th, through From The Vaults Records, which is a sub-division of Target Group.

The cover artwork speaks volumes of what you should expect here and the deviation from Rogga’s “comfort zone” is striking. The Plague Court is meat and potatoes heavy metal, composed and played with heart and conviction. It will be hard to single out any of the songs, apart from Dying For My Dreams, which features Blaze Bayley on lead vocals, as well as A Choir Of Angels with the great performance of Lorraine Gill from cult US Metal band Taist Of Iron. This doesn’t mean the rest of the songs don’t deserve a special mention, even though the album gets a bit tedious after a while. Gauntlet Rule are obviously searching for their place in the overcrowded classic metal genre, but they are not insisting on being original. The purpose here it seems is to have fun, with a style that has formed these guys as musicians back when they started playing music.

Death Will Be Ours (And Ours Alone) is the closing epic, and longest song in the album with the best performance from Svensson. I can even say it is the best of the bunch, because it displays the band’s potential. This debut is even better than I expected, but the songs are too “safe” and don’t leave a lasting impression, even if most of them are good on their own. I am glad Mr. Johansson’s found time for some classic, true heavy in his busy death metal schedule and this is a nice surprise indeed. 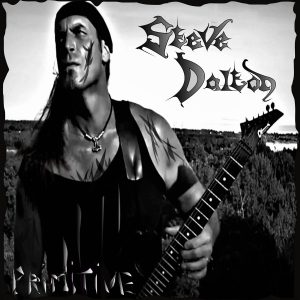