Gavin Harrison has established himself as one of the most revered drummers in the progressive rock scene in recent years. As a member of The Pineapple Thief, Porcupine Tree and King Crimson, as well as guesting on numerous acclaimed recordings, he has secured a reputation as one of the most thrilling drummers around.

Gavin recalls, “When I was originally faced with the prospect of making a ‘solo’ drum album I decided I would take a more experimental approach to playing my instrument, I felt there was a way to express emotion from the drums played from a more melodic point of view and compose in a way as if I were playing an instrument like a piano. I was extremely happy to collaborate with so many of my favourite musicians and that they would be open minded and sympathetic to the experimental approach. This record made so many of my rhythmic and melodic dreams come true”

The original album has gone on to gain legendary status in the 25 years following its original conception with the CD fetching high sums on the resale market.

So, we will shortly see K-Scope re-release Sanity & Gravity, newly remastered with an exclusive bonus track and new cover artwork for the anniversary edition – it will be available on CD, LP and digitally on 28th January.

I’ve not heard the album before, so I’m reviewing it like it’s a new (to me) release: It’s fascinating stuff, there’s a lot of bongos in evidence (can I still say that?), and the album’s opener Aim in particular has a decidedly middle-eastern air to it, with the violin and bass melding effortlessly with Gavin giving full reign to the percussion section. On A Wave Of Positivity extends this trio of instruments, augmented with xylophone and a much more laid-back “east-meets-west-in-the-lounge” feel! I’m guessing it’s Gavin on the wooden bars as well as the rest of the percussion section, all good stuff!

So far, it’s very different from the King Crimson era. Dog Day delves deeper into what I regard as rhythmic jazz-rock, in other words decidedly jazzy but without the (to me) excessive mega-technicality of much jazz-rock from the 70’s. Given Gavin’s credentials, he’s created a more worldly, still impressively competent mix of players, but despite Gavin’s objective of being experimental, I would say it’s much more accessible – and extremely listenable! A Place To Stay brings the pace down a notch, this is a real slow smoocher, sliding and slithering across the speakers!

Witness (for Bobby). I dont know who Bobby is/was, but to me there’s an eloquent sense of regret, farewell, sadness to this, whilst delivering that calm tranquility you get at dusk. It’s beautiful. Vocals that are a sort of wordless slurred voice-over blend perfectly in the mix, Gavin emerges as a very talented composer! Dearest Blood once again emphasises that east-meets-west arrangement, this one’s perhaps a bit samey and drawn out for me? Sonata in H brings us back into slow, lounge-lizard territory, some great tickling of the ivories in evidence!

Big News For A Small Day continues that sense of “almost Big Band teritory”, there’s a wonderfully loose feel to the arrangement, experimental yet taut, nicely structured yet with a lovely “live” ambience. The point being it’s not generally speaking my preferred genre of (rock) music but I can still appreciate it, marvel at the timing, the interplay…must be magical music to jazz fans! Witness (reprise) is then a brief return to the haunting track from earlier. This would have rounded off the original album but here you get the bonus of Iron Horse – in the same vein as Big News..and Dearest Blood but here you hear Gavin in full flow, extracting every variation from a rich range of percussion instruments. Again the arrangement is unashamedly jazzy but the mix and production is crystal clear and top-notch!

Gavin’s subsequent 2015 solo album, Cheating The Polygraph (K-Scope) ploughed a similar furrow, but with some of the world’s best contemporary jazz players and Harrison’s long term collaborators taking on Porcupine Tree classics such as ‘Heart Attack In A Layby’ and ‘Hatesong’ and give them new life with striking arrangements by Laurence Cottle (ex-Bill Bruford’s Earthworks, Alan Parsons Project etc) – see the video for Hatesong below 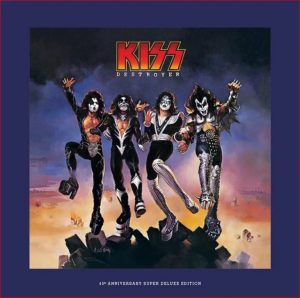 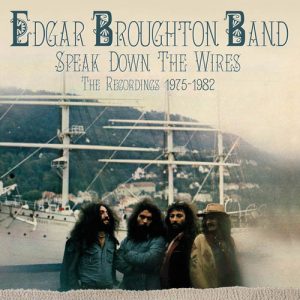 EDGAR BROUGHTON BAND – Speak Down The Wires: The Recordings 1975-1982 (Esoteric)