Great news for vinyl fans, the iconic and ground breaking Gentle Giant have had their first four albums re-released on vinyl this month, which will be music to your ears if you have been missing your GG vinyl fix! These releases have been prompted by the success of last year’s Unburied Treasure, the all encompassing set that came at a premium price that was far too rich for many people. I’m assuming – and hoping – that the remainder of their studio albums will also see a release later in the year. The ironic thing is that we have been sent digital downloads of the new albums, so we cannot comment of the sound of the material on vinyl, other than to assume it is warmer and deeper which is part of the reason that the audiophiles have been clamouring for the return of the good old record. Everything that can be said about Gentle Giant has already been said and we all are aware of their place in the progressive rock hall of fame so it is, perhaps, a way of complementing this most traditional of prog bands by re-releasing the albums in the format that they were intended to be heard.

The debut, Gentle Giant, dates back to 1970 and was produced by Tony Visconti and it is staggering that this year is its 50th anniversary. Visconti also produced Acquiring The Taste which came out in 1971. The band then took over production duties with both Three Friends and, the big one, Octopus, both being released in 1972. Try to imagine what the progressive rock scene would be like today if Gentle Giant had not re-written the rule book and this will, perhaps, give you some idea of the impact this remarkable band had. If there was any justice then they would have been huge, but commercial success was not in the stars for these guys; they have, however, left huge footprints for others to try to either fill or follow. The albums are manufactured in 180 gram vinyl with the original UK gatefold art work. No extras but, in truth, none are needed. This is Gentle Giant after all – they have already achieved perfection, and that cannot be improved upon.

Track Listing:
Gentle Giant:
Giant, Funny Ways, Alucard, Isn’t It Quiet & Cold, Nothing At All, Why Not, The Queen
Acquiring The Taste:
Pantagruel’s Nativity, Edge Of Twilight, The House The Street The Room, Acquiring The Taste, Wreck, The Moon Is Down, Black Cat, Plain Truth
Three Friends:
Prologue, School Days, Working All Day, Peel The Paint, Mr Class & Quality, Three Friends
Octopus:
The Advent Of Panurge, Raconteur Troubadour, A Cry For Everyone, Knots, The Boys In The Band, Dog’s Life, Think Of Me With Kindness, River 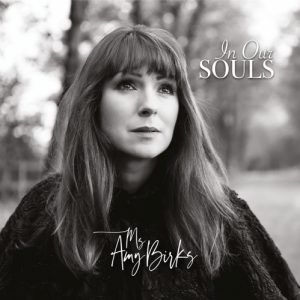 MS AMY BIRKS – In Our Souls