Oliver Hartmann is a German vocalist and guitarist, and though his name may not be so familiar to you, you may know him for his work with the Pink Floyd tribute band Echoes – and, if not that, then you should definitely know him for his work with At Vance and guest performances with the likes of Avantasia, Iron Mask, Freedom Call, Edguy, the Genius rock opera trilogy and many others too. He is in great demand as a musician yet he has also managed to keep a successful solo career in operation since 2005, and has released eight albums under the Hartmann name. To celebrate 15 years as an entity, Oliver has put together this rather splendid compilation album that is a celebration of material produced over the years. However, this is no mere album that features fifteen well known tracks but a well thought out addition to his collection, with four new songs, one remix, five covers and five live tracks from recent concerts. His band is a talented one, with Hartmann on vocals and guitar and Mario Reck also on guitar, Armin Donderer on bass with Markus Kullmann on drums and they all fit seamlessly into their specified roles. This is hard rock with a hint of melodic rock and some of the majesty of power metal combined to make an infectious hard metal album with great vocals, superb songs and delightful guitar work.

Can’t Stop This Train is a fine way to start the album and is a perfect, up-beat rocker, and then Walking On A Thin Line is a neat Dioesque epic, with How Does It Feel being a sumptuous ballad. You Will Make It cranks up the volume and is a slow burner with an hypnotic beat and then there is the 2020 remix of Glow from the Shadows & Silhouettes album, which sounds pretty faithful to the original but maybe just a little cranked up. The five covers are a rather eclectic affair and many are rather unexpected. When The Rain Begins To Fall was an ’80s electro/disco hybrid by Jermaine Jackson and Pia Zadora which was rather successful in Germany and Hartmann beefs his version up whilst still retaining some of the original electro beat, and the track also features the German singer Ina Morgan. Street Cafe is an Icehouse track which is given a great makeover and an added depth. Next up is Uninvited by Alanis Morissette which is simply perfect, and the brooding menace brought into the song gives it a new twist on the already near perfect Morissette version.

I Go To Extremes, the Billy Joel song, is the next song to get the Hartmann treatment and it is surprising how easily this song becomes a fast paced rock ballad. The covers section closes with a great version of Free’s Fire And Water which is a brave choice to make, as they say, ‘how can you improve on perfection?’ The band makes a great job of breathing new life into the song but I’ll still take the original – however it is a close call. The next section of the album is the five live tracks, all recorded at Colos-Saal in Aschaffenburg, and these all show a great band that relishes the live format and can really rock. They include The Sun’s Still Rising from the album Home, What If I and Out In The Cold from the album of the same name, and taken from III are Don’t Give Up Your Dream and Brothers which features Tobias Sammet & Sascha Paeth. If you are a newcomer then this would be a great album to investigate the significant talent that is Oliver Hartmann and his impressive band, and it is still a very valid and vital album even if you own his entire back catalogue. This is an album of great melodic metal from a German master who deserves to be much better known in this country.

Being released at the same time as 15 Pearls And Gems, the record label is also releasing the third Hartmann album called, rather cunningly, III which was originally put out in 2009 and has been out of print for a number of years now. This album saw the band take a more AOR/melodic approach and is a touch lighter than earlier efforts, containing several ballads and radio friendly material. However, It still remains a melodic rock treat with Hartmann’s voice being a delight to listen to whether belting out the power or toned down for a stadium rock ballad. This album also features a couple of tracks that have resurfaced on the 15 Pearls album in Don’t Give Up On Your Dream and the duet with Tobias Sammet on Brothers. It is perfect if you are looking to complete your collection but also an exceptional stand alone melodic rock album from a great band. 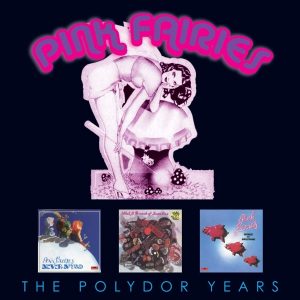 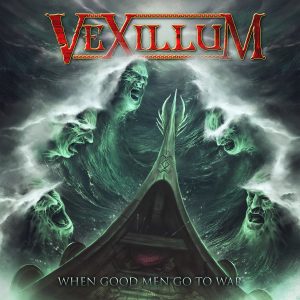