Hawkwind don’t lack a sense of humour. Their previous album, the serious sounding Road To Utopia, was in fact a relaxed and sometimes humorous reworking of Hawkwind classics along with brass and string accompaniment.  Now their latest effort, All Aboard The Skylark, whose title is a direct reference to the 1976 kids cartoon Noah And Nelly (where the lead character Nutty Noah used to shout this refrain before heading off on an animal shaped ark to visit other worlds!) might imply the relaxed vein will continue, but what we actually get is a very serious and very impressive set of new Hawkwind material.

So, how is the music on this 32nd studio outing? Well, just what you’d expect really. The Russian classical composer, Igor Stravinsky, reputedly said about his Italian predecessor Vivaldi (who was a prolific writer of instrumental concertos – he managed over 400 of them), that he hadn’t actually written 400 different concertos but instead had written the same concerto 400 times. One could argue the same is true of Hawkwind, and that they’ve written the same album 32 times. If anything, perhaps consciously as they hit the half-century mark of recording, this album seems to deliberately hark back to their 1970s heyday. For Hawkwind fans, that’s no bad thing!

Opener  Flesh Fondue is five minutes of absolutely classic Hawkwind. It ticks all the Hawkwind boxes: a brilliant chugging Brock riff; irresistibly driving bass and drums; an infectious melodic line; and fascinating lyrics about aliens dining off humans. This might well be the best song Hawkwind have written in this millennium and surely it will be one that stays in their live set for some time.

After that opening burst of adrenalin, the album then struggles slightly to meet expectations. It is not that it is lacking in good material but the drop in energy level is noticeable. Next up is Nets Of Space which builds up promisingly with distorted guitars and swirling keyboards over a tribal rhythm, but then fades away a little inconclusively. It is the first of four instrumentals on the album, which are definitely more than just filler material – The Road To… is one of the highlights of the album with brilliant guitar and keyboard interplay, including a telling contribution from the piano (an unusual instrument it must be said for Hawkwind) where in the final section the song winds down with some beautifully warm piano chords. There are also curiously jazzy piano touches in the middle section of the slightly menacing and dirge-like We Are Not Dead…Only Sleeping.

Hawkwind’s tendency to meander is kept well under control on this album and this gives the positive feeling of a set of tight well-produced songs. We don’t get anything longer than five minutes except for the closing track, The Fantasy Of Faldum, which is just short of ten minutes.  This last song, with its rather maudlin chorus line of “Everything passes away in time; everything grows old” is interestingly lyrically since it is based on the novel of the same name by Herman Hesse. So much for Hawkwind being uncultured!

We also get the treat of a bonus CD, Acoustic Daze, which as you might guess consists of acoustic versions of Hawkwind classics.  The idea of an acoustic album has apparently been floating around for some time but I suspect the idea may have got gazumped by Road To Utopia because it is the almost the same identical set of songs here that were used on Road To Utopia and many of these simply sound like the Road To Utopia versions without the brass and string sections. The more interesting amongst this set are the old Lemmy-penned song, The Watcher, Down Through The Night (where Dave can’t resist the electric guitar solo!), and the raucous busker song Get Yourself Together.  Hawkwind’s strange habit of changing song titles is also at work here . PSI Power reverts to its original name after becoming Psychic power on Road To Utopia, Flying Doctor is now Flying Dr Dave, The Age of the Micro Man is just Micro Man, and Ascent has become Ascent Of Man.

To conclude, Hawkwind’s renaissance in the last three years, that began with The Machine Stops and Into The Woods, continues unabated with All Aboard The Skylark. As the band set out on their 50th anniversary tour, it’s a great time to see them, not only for the old classics but for the new material as well. 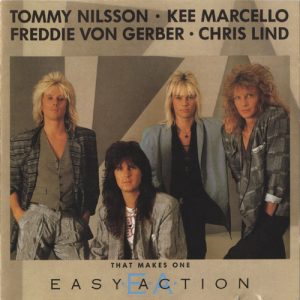 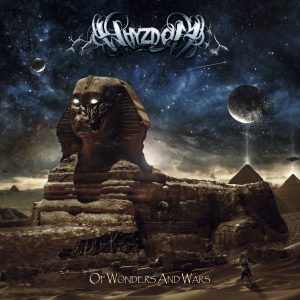 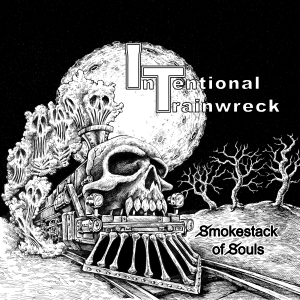