Mention the early-’80s ‘Neo-prog’ movement, and it’s virtually guaranteed that you will get the usual roster of names mentioned: Marillion (of course!), IQ, Pendragon, Pallas, Solstice maybe … but very rarely will you hear the name Haze. This is a shocking omission, given that the band actually formed in 1978, and were right in the thick of it when the movement began getting off the ground. Of course, they were based in Yorkshire, an area of the country regarded by the London-based press of the time as somewhere just to the left of Jupiter, so that certainly won’t have helped. They’ve taken some lengthy sabbaticals along the way (they split completely between 1988 and 1998), but they are still here, still gigging extensively, especially around their Yorkshire stamping-ground, and still releasing new music.

In fact, this album is quite the event, being the band’s first new release since 2013’s fine The Last Battle album, and apart from the band’s hardcore following it has probably appeared quite out of the blue to most people. The cover, featuring snakes entwining themselves around a human skeletal ribcage, may be somewhat stark compared with the chivalric knights-castle-and-dragon image which adorned The Last Battle, but the music contained within is absolutely sensational, and quite possibly the best album the band have ever recorded. Haze have always been known for their marvellously entertaining live gigs, with the power of the music outstripping that of their studio recordings at every turn, and their sense of humour irresistible. Bass/keyboard man Chris McMahon (who fronts the band along with his singer/guitarist brother Paul) likes to wear an actual wizard’s hat on stage!. Really, a proper, pointy, floppy-brimmed one. No-one should fail to like that, to my way of thinking!

Since The Last Battle appeared there have been significant changes – chief among these being the departure of their drummer since 1983, Paul Chisnell. Fortunately, a ready made replacement was already waiting in the wings to complete this ‘family affair’ in the shape of Paul’s son Danny. Now that he has aged from the unfeasibly young talent who struggled to be able to play a gig on a school night, it has become more and more obvious that his aggressive and – let’s be honest here – young playing style has given the band a new energy and power that The Last Battle, for all of its great songs, did not quite possess. This is an album which jumps from the speakers and demands that you listen to it. It has no time to chat to you about whether you would like to have a jolly old listen, it grabs you by the scruff of the neck and says ‘Well? Not bad eh?’ and smiles in satisfaction. And yet, despite the more powerful rocking sound, there is room for some more folky, lighter moments with fourth member Catrin Ashton contributing a variety of acoustic wind and stringed instruments. It’s quite the heady combination.

The opening track See You On The Other Side displays that duality in a nutshell, with nice Celtic opening and closing sections bookending a muscular heavy-neo-prog song which would be a dead cert to get audiences right into proceedings in the live environment. This fine opening is continued by the shorter Faces On The Wall, which again mixes metal muscle with prog precision in a way which this time almost recalls early ’80s Rush. Already the album is shaping up to be a good one, but with track three the first real classic emerges with the lengthy The Snake. Going through a series of different moods, I could call it ‘serpentine’, but of course I wouldn’t do that! For the first three minutes or so it lulls you into a false sense of security with its langurous, relaxed feel, before the full band come in in a way which can only be described, appropriately, as like a cobra striking. This is a big track in every way you could name. It’s big in terms of its duration and ambition, it’s big in terms of its massive sound, it’s big in terms of its drama and epic quality, and I can guarantee it’s going to be big in terms of the band’s live show. On an album which already started extremely well, it takes things to another level entirely, and it lays down the gauntlet for the rest of the album to follow. A difficult ask, but as we shall see, far from impossible.

The highlights really do keep on coming on this one. The Last Post opens with some more crunching riffing, but opens out like a flower into some magnificently melodic pomp, almost evoking Trick Of The Tail era Genesis, while To Us All subverts every expectation along its ten minutes or so, gradually evolving from its vocal-led beginning into the closest thing you’ll get in prog to what might be termed a ‘wig-out’, with the McMahon brothers joyously exchanging guitar and keyboard solos. It’s the closest you’ll ever get to a ‘prog Freebird’, and it’s sheer unbridled joy. Once again, man will this one be fun live! The Celtic feel comes out again for The Awakeners, which mixes acoustic folkiness with metallic riffery like a Game Of Thrones soundtrack waiting for an episode. If you had to coin a genre name for this, it might have to be ‘lilting metalwork’!

Still we have to come to the next big highlight rivalling The Snake, however, in the shape of the closing combined 20 minutes of A Call To Arms and The Summoning Dark. The former is toe to toe with The Snake (if snakes had toes, anyhow), being another big, multi-faceted epic sprawling over every mood you could wish to conjure over its nine or so minutes. Everything you could want from a Haze song is in this one, and it’s quite, quite brilliant. It also serves to tee things up for the dark, brooding twelve minute behemoth which closes things. The Summoning Dark does not belie its title; there are no laughs here, no wry smiles or tongues in cheeks. This is creeping death writ large, loud and proud, creeping up on you and sucking the life from your soul as Paul McMahon weaves a tale of betrayal and broken promises until it bursts into its glorious coda like the clouds parting over Mordor, and the biggest, most dramatic, most emphatic passage of the whole album plays us out. And closes instantly – no fade, no big climax, just… gone. And dammit, it you don’t want to just start the whole thing again to remind you of that great opening track – and on and on.

Of course, there are imperfections in the album. It is perhaps just a touch too long, and a trim down to eight tracks from ten might have sharpened the focus. But then again, there’s nothing bad here, so that’s hard to do! Also while Paul McMahon’s voice is a good one, some of the material might just soar that little bit more with a dedicated, big-lunged frontman – but once again, it is a voice so intertwined with the band and their style (in a similar way to Peter Nichols with IQ) that a change might even be counter productive. In the final analysis, this is a great contemporary prog album with moments of real brilliance, and it is as good as, if not better than, anything I have heard from the band before. And that’s got to be reason to celebrate. It would appear that the introduction of the young blood of Danny McMahon, who is also responsible for the heftily impressive production and mixing work here incidentally, has put the band at a high point 42 years after their inception. And neither the Stones, the Who, Deep Purple or Pink Floyd could claim that! Seek this one out – you won’t be disappointed.

Tag: Back To The Bones, Haze 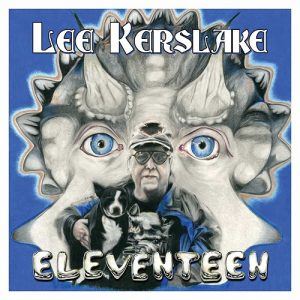 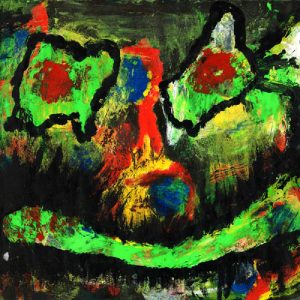 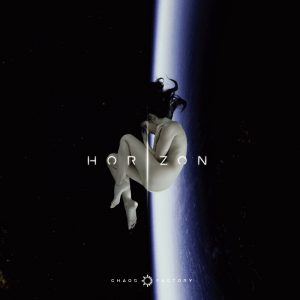 One thought on “HAZE – Back To The Bones (Gabadon Records)”