This rather interesting two-disc set has, in fact been released before, albeit with slightly different tracklisting and completely different packaging, some fifteen years ago. It wasn’t exactly a high profile release, however, and in all likelihood escaped the notice of all but a few die-hards, so it’s well worth having it available again. What we have, in essence, is a document of eighteen months or so of ‘lost’ Humble Pie history, when Steve Marriott assembled a new band after the latest incarnation of Humble Pie had dissolved in 1981, originally to be billed under suggested names as The Official Receivers or simply The Pie, but unsurprisingly when they started playing the clubs in the US, promoters with dollar signs for glasses began billing them as Humble Pie, so – unofficially perhaps – so they were.

The story here begins when Marriott – now based in Atlanta, hence the name of this collection – and his eager band of new pies headed to Tennessee to record some tracks for a proposed new album, which some claim was to have been credited as a Marriott solo recording – though as it was never released, this is conjecture. The musicians involved here are unlisted in the album notes, which may be because it might not be certain who played on which track, as there was much shuffling of personnel during the various recording sessions, with only Marriott and drummer Fallon Williams III around for the whole time. There are nine tracks here, which would have made quite a short album if released on their own as they were, but what is here is for the most part surprisingly good. The classic Marriott / Pie formula of soulful, bluesy rock is right on point, with Marriott’s voice still in fine form, if a little more raspy in a Rod Stewart sort of way than his Small Faces beginnings. Ain’t You Glad New York Can’t Talk and Middle Age Anxiety are both top-class songs, with the opening Heartbreaker, Lonely No More and the rip-roaring closer Happy Birthday, Birthday Girl not far behind. The version of Brenda Lee’s Sweet Nuthins is something I could have lived without, while the two-minute ‘cockney wide boy’ of Poor Man’s Rich Man is simply dreadful, but the rest of the stuff here is good enough to be ranked quite respectably in the overall Pie chart.

The second disc here contains a live recording from a show in a small club-cum-bar in Cincinnati in early 1983, and is another very pleasant surprise. The recording quality is a little rough and ready, but it’s certainly serviceable enough for what it is, with the band sounding energetic and vital, and once again, no disgrace to the name at all. By this time we know from Marriott’s stage introductions that Keith Christopher had assumed bass duties while the lead guitar was provided by Phil ‘Duck’ Dix, introduced by Marriott as ‘Suck … I mean, Duck Dix!’, which illustrates his perpetually laddish and affable stage banter to a tee. There is even a surprising airing for a cracking rendition of the Small Faces’ debut single Whatcha Gonna Do About It to kick things off, and it sounds as if a great night was had by all. There is a lengthy drum solo to be warned of, while the old Pie habit of long extended songs is still alive, as evidenced by the run of three consecutive sixteen-minute tracks to finish on. A little too much maybe, but then the Pie live were ever thus!

Far from a crappy cash-grab, which so many of these ‘lost years and rarities’ things can be, this is actually a set which should be in the collection of any Humble Pie or Steve Marriott fan. For anyone new to the Pie, this wouldn’t be the first port of call – but anyone seeking to look beyond such touchstones as Rockin’ The Fillmore, As Safe As Yesterday Is or Smokin’ can certainly approach without trepidation. 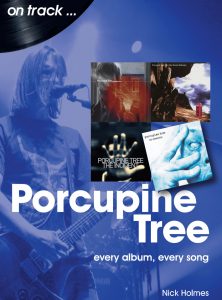 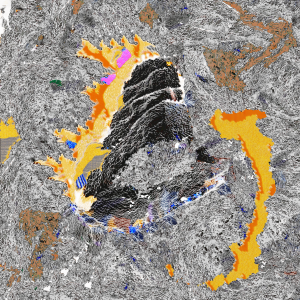