Humberstone is the latest album from Sheffield based twin brothers Klive and Nigel Humberstone and, incredibly, it is their 25th album together since they started performing in 1981 which is most prolific for a band that I have not previously heard of – even though I live so close to Sheffield. The brothers delight in experimental soundscapes which are all based around cinematic themes being rather orchestral with a defined darkwave electronica feel and a genuine progressive rock underbelly throughout. Ostensibly, the music is atmospheric and emotion filled being instrumental and very much calls to mind huge, cinematic vistas in crystal clear 4k clarity but so much is happening that each listener will surely pick up on something different depending upon their emotional mood at the time of listening.

It seems that cinema and television is a huge market for the boys and their music has been featured extensively on, and I quote, ‘film soundtracks and trailers that include Game Of Thrones, Gran Torino, Beowulf, The Aviator, Interview With A Vampire, Along Came A Spider, The Rainmaker, plus the TV series La Femme Nikita‘. I guess that it is the lot of the cinema musician that so many know their music but never know the name of the band or artist that has produced it!

This is the first album by In The Nursery or ITN as they are often called since the 2017 record 1961 which features themes from around that year which is when the twins were born. Humberstone follows a similar theme in that each track relates to individual stories and events with many having a link with the Humberstone family. The CD booklet is a lovely affair featuring a number of stunning stills from the Humberstone family picture archive but there is no text so the stories behind the tracks need to be checked out on the internet which, in some ways, makes this an interactive experience as you have to do a little research to find the often sad, poignant and/or tragic stories behind the somewhat melancholy soundscapes.

Uniquely, each track is given a unique number which identifies the songs in idea order when the twins came to recording the album. The stories are made all the more sad for being true events from the Humberstone family tree such as the opening track Émigré (The Dressmaker) which tells the awful tale of the sinking of the Cospatrick just off the South African coast which was a ship carrying around 450 men, women and children, and all emigrants to New Zealand with just a handful of survivors from the fire which resulted in the loss of the ship at sea. Amongst the dead was the Humberstone relative Charlotte Welch (a dressmaker), her two youngest sons and daughter-in-law. A picture of the fated ship is included in the album cover and makes for rather eerie viewing. Similar songs include Sulva Bay (The Cavalryman) which refers to their great uncle who served in the Great War with the City Of London Yeomanry a Gallipoli and other campaigns and you even get to hear a tape recording of their mother on Mallards (The Storyteller) which sees snippets of her reading a bedtime story to the children. Each track has a similar story and is a real insight into the Humberstone psyche and you feel like an invited guest rather than an interloper into events not of your concern.

Several tracks sees guests adding their own contributions with David Electrik on drums on tracks H43 ad H57, Liz Hanks on most atmospheric cello on tracks H29 and H47 and Steve Wright trumpet on tracks H43 and H21. Together, they all help to make Humberstone a truly remarkable work that is reflective, poignant, sad and melancholy but very, very moving and evocative. Indeed, the only record that I have ever heard that comes closest in terms of joyous melancholy is Mogwai with their 2012 soundtrack for the French TV series Les Revenants (The Returned) which is a disturbing work with a score to make the hair on the back of your neck stand up.

In The Nursery has produced a similar album that thrills and chills in equal measure, paradoxically, at the same time. Give the album a listen as I doubt you will have heard much like this before. 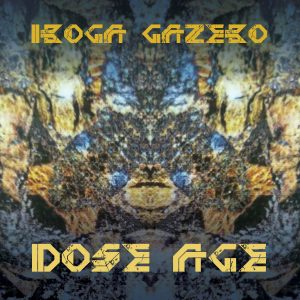