In The Whale is an alt-rock band from Denver with Vanishing Point being the band’s debut release which features 7-songs for just 26-minutes so it is more of an EP than a full length album but it is more than long enough to show a band that is comfortable in handling several styles with a touch of math metal, a little rap and a chunk of grunge so each song does sound quite different to what has gone before.

I found them to be a distillation of Dillinger Escape Plan, Lamb Of God and Alter Bridge which all are uneasy bedfellows but it does seem to work out very well for In The Whale. They have been building up lots of praise especially for some quite excellent live performances and they definitely picked up some very positive responses recently when supporting Evil Scarecrow in Sheffield. What is rather remarkable is that the band is a 2-piece built around vocalist Nathaniel Valdez and drummer Eric Riley with Valdez giving different deliveries with mainly clean vocals, some dirty and a little guttural too with Riley producing a crazily loud sound out of his kit. There are plenty of churning riffs over the drums which, I’m assuming, are from Valdez but there is no real mention of any other musicians in the accompanying publicity so apologies if I have got this wrong.

The lyrics are dark and deep and the band most definitely has an opinion on the world, how it is run and what is happening in it! The music is loud and intense as Valdez and Riley run us through an emotional roller coaster of blistering rock and at times it is not an easy listen but it is rewarding and cathartic at the same time and the band seems to switch from devils to the angelic at the drop of a hat. In The Whale has made its own musical template and for that the boys in the band should be applauded. 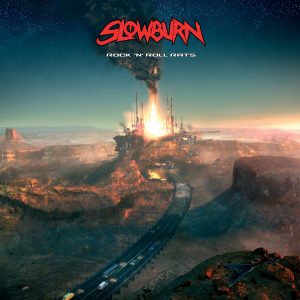 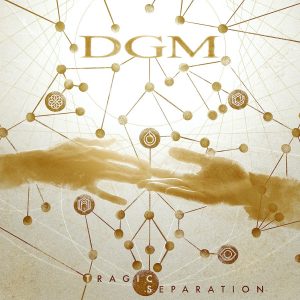