I love the fact that there is always something new to learn, I’m listening to the Infamous Stiffs and a little baffled by the description that they are a SoCal punk band which meant nothing to me but then modern punk is not really my scene. Thank goodness for the internet so now I know that it means Southern Californian punk and I’ve further learned that they initially took their influences from British bands like Throbbing Gristle and Wire whereas East Coast bands took influence from the likes of Television and Talking Heads, who would have thought that a music form that was so derided due to its simplicity would have created so many diverse and attractive bands?

So, now back to Infamous Stiffs and their Kill For The Sound album which I understand to be the debut release. Punk it most definitely is and it is surely full of anger and rage at the system and all is delivered in sharp attacks, very much in Ramones fashion, where the bands says what it wants and then quickly moves onto the next assault on your senses. Regardless of whether it is SoCal or not is up to your own interpretation but, to me, this is straight forward and in your face punk rock that doesn’t mess about or pretends to be something that it is not, just searing guitars, explosive vocals and 100pmh drum and bass delivered with total ferocity and a great deal of musical skill and dexterity.

Every song feels like a traditional punk rock anthem and this band would have done really well in London when the movement exploded in the ’70s. The band only formed in 2019 although they are all long tome punk devotees and that is why Kill For The Sound is the real thing, the band knows what it is doing and loves doing it! I thoroughly enjoyed the irreverence of the band with brilliantly aggressive vocals from old stager Scott Wilkins aka Snotty Scotty, Jim Perrault on bass, Mark Pananides on guitar, John Gilhooley on guitar and Ryland Steen.

Infamous Stiffs has distilled the Pistols, The Buzzcocks and the Ramones into their own seething maelstrom of rock and they do it exceptionally well. I would just love to see these guys live.

Kill For The Sound 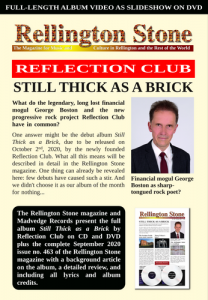 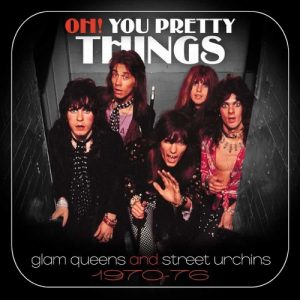