Sanhedrin have a lot of reasons to be proud, like signing a deal with a great label, but an even better one is their fantastic new album Lights On, which was released on March 4th. We are glad to have been given the chance to talk with front-woman Erica about the new album, the inspiration behind it and her favorite power trios.

Hello Erica and congratulations for the great new album. First of all, please tell us how did you choose the band’s name and album title and what do they mean to you?

-Well, early on when we started, Jeremy threw this idea out and I really liked how that word Sanhedrin sounds. I thought it was cool, but what does it mean? It means assembly or council in Hebrew or ancient Greek. So, between the three of us, that very much suits us, because we are very much a council of three. We do things pretty much evenly between the three of us in how the music is created. Nathan and Jeremy are more concerned with the business side of it, but we share the load. The album title I think is best described by the album art. The artwork is by Jack Welch of Seventh Bell in the UK and he did a drawing, based on an idea that we had of a serene, industrial world with a curtain before it, which when unveiled, show the same world on fire. Jack came up with the idea of the figure with the lamp. I think the artwork and title also symbolize the way the world was turned upside-down in the last years. Does that make sense?

It sure does. It’s nice that you spoke about the artwork, because I couldn’t find info about who created it and it is great.

-Yeah, Jack himself is a musician and he did all three of our album covers.

You’ve released two very strong albums in 2017 and 2019 and the signing with Metal Blade came as no surprise. How do you feel about being on such a legendary label with a back catalogue of classic albums?

-Well, I’ve been doing this for a long time and released albums with other bands and labels, but this is like the widest reach I’ve ever thought of in working with a label. I am proud as fuck and I am grateful. We are all grateful.

-You know, when you love what you do, it doesn’t feel like work, but yeah, you’re right, hahaha!

Lights On is released today and I’ve had the pleasure to review it with 9,5 out of 10 points. How hard was it to create and record the album in times of the pandemic?

-Thank you so much. Surprisingly for us, it wasn’t that difficult for us because we have a stern work ethic and a stern commitment to each other as people. So, we met weekly online to talk about the album and what’s going on with our lives and kept in touch. We were geographically separated for a while so we did part of the album through file sharing. That’s what we gave to Metal Blade and from there, we got together, rehearsed it and got ready for recording. The weird thing about this album is we haven’t played any of the songs live and I really like to do it before I record, because it helps me get the delivery together.

Something that made impression on me and I also pointed it out in the review is that the song Lost At Sea starts with a riff that really reminds me of The Cult very much. Are you influenced by The Cult in any way or this is just a coincidence?

-Well, it just happens that Jeremy Sosville loves The Cult, haha. We all appreciate the music, but Jeremy is the big fan and it’s his idea.

This opening riff is really like a hats off to the The Cult.

-I will tell him you said that!

Your musical style and ethos is based on the legendary power trio concept in rock, which originates as far back as the 60s. Do you have any favorite power trios in rock or in metal?

-Yeah, I don’t know, maybe somewhere back in our psychology there’s Cream. I don’t know if any of us loves Eric Clapton that much. We are influenced by the usuals… who else is a power trio?

Mid-way through Hero’s End, you surprised me with some brutal vocals that suit the mood of the song perfectly. Have you ever tried to sing in a harsher style before and will you experiment with that in the future?

-Well, those vocals are actually Jeremy, hahaha. So, he sang in unison with me, and I am singing kind of emphatically, but not as harsh as he is. It’s the combination of our vocals that works in that part.

It’s a really nice addition to the song and suits it well.

-Oh, I am so glad you think so. The whole part where he screams “bloody murder” before the solo – that’s all Jeremy.

I suppose you are the main lyricist in the band. What inspires you mostly in these dark times we are living in?

-Well, especially with this band, a lot of my lyrics fall under a few categories. There’s the autobiographical, there’s the mirroring what is going on in the world and reflecting it and there’s something like an anthropological analysis with an occult mish-mash of stuff in there. These are my personal spiritual beliefs or whatever. And on this album, I’ll add history, like for example in Scythian Women, where it tells about the Scythians who trained girls to be warriors from like 12 years of age and then they scared the shit out of the Greeks, because they didn’t expect to see women on the battlefield.

Do you plan coming to Europe for some shows any time soon?

-We definitely do. We have eight dates in Germany in May but then we are doing a bunch of dates in the United States, taking part in a few festivals.

Do you have a band that you’ve always dreamt of supporting?

What a surprise, haha!

-Right! I would love to support a band like Molassess, I think they are amazing, also Tribulation is a band I really like.

This sounds like a nice combination, because you have different styles.

-Exactly! I’ve been to a lot of hardcore and death metal shows where all the bands are similar in sound so it is good to have a variety.

Lights On is out now on Metal Blade Records 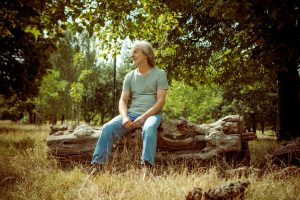 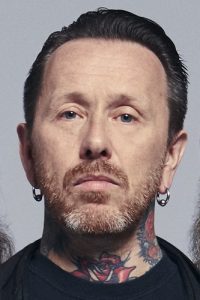 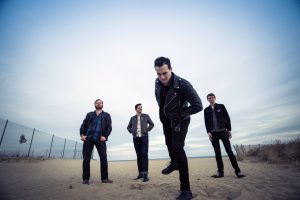 Connor Bracken and The Mother Leeds Band – The Interview