Nuclear Blast have welcomed back the prodigal sons Primal Fear after a 15-year break in partnership, and the first product of the renewed team speaks for itself. We have grabbed to opportunity for a short talk with band founder and heart – Ralf Scheepers.

Ralf is a great, down-to-earth guy, even if he already owns the right to be called a “legend of German metal”. He even has a sense of humour (he is German, yes), because he didn’t put down the phone after we started the interview with the half-joke that the new, otherwise fantastic new Primal Fear album Metal Commando, doesn’t exactly have the most original of titles: “Well, this is how our fans in America call us when we go on tour overseas! Here is the German metal commando once again, haha. That’s where the album title came from”. Hmmmm, ok, we can forgive that.

As you may have already read from our review, the new Primal Fear album is really good. It may even be one of the best of their career. And, as Ralf confirms, what makes it all even better is that the band is back with the label that first supported them in the nineties – Nuclear Blast: “They are like family. It was natural that we steered away during all those years, but it feel like home now. And their office is just a few miles away. They have believed in the band at the start and they are still believing in the band now”. Ralf is even nice enough to agree with me that their previous album Apocalypse, as good as it was, was simply not as consistent in quality as Metal Commando. “Thank you for the nice words. I can’t wait for the fans to listen to it. The feedback from the press has been great so far. Actually, Apocalypse was received really well too, but I know what you mean by this comparison. Every band thinks their new album is better than the previous one, but you have a point, hah”.

The new drummer in Primal Fear (Michael Ehre) is a well-known name, and a friend, as it appears: “We did rehearsals with lots of drummers, but it was just natural with Michael. We know him well and he did a fantastic job on the album”. Yes, indeed. We can confirm. And Michael is actually another connection to Gamma Ray, which is where Ralf sang once, remember? We thought that the last song in the album, the epic “Infinity” is based on Ralf’s personal experience, but as the singer confirms, it actually turns out the band’s lyrics are almost always based on band members’ personal life. It was also important to know what actually is the most important thing to compose a memorable song. Avoiding self-plagiarism, as Ralf says, however, isn’t so hard after all: “You just have to be honest to yourself. Honesty – that’s it. If you do it from the heart, you do it right”.

Ralf Scheepers has made a name in metal long ago, first with Tyran’ Pace, then with Gamma Ray, before finding true (musical) love with Primal Fear, with his brother-in-arms and another legend, Mat Sinner. So, it makes a lot of sense to ask what are Ralf’s five favourite albums of German metal: “Most influential for me is definitely Tokyo Tapes by Scorpions, then it should be Balls To The Wall by Accept, the two parts of Keeper Of The Seven Keys by Helloween and then maybe something from Gamma Ray. They actually made some really good albums even after I left, hahah”. Told you – the guy has a sense of humour!

This was the point where we cast our trap and tried to expose a top secret by having in mind the friendship between Kai Hansen and Ralf. So….. has Ralf listened to the new Helloween album already? “Haha, no. As far as I know, it isn’t even completed yet. And, I have to tell you, we are all very careful nowadays sending songs over. So no, I will have to disappoint you”. Ohhhh, ok. We know Nuclear Blast will read the interview Ralf, but who said we will put down what you told us? Anyway…

We have come to the logical question of how did time pass for Ralf during the Covid lockdown, but it seems it hasn’t been boring for him at all: “Oh, I was really busy. I am going on with my online lessons and, as you can imagine, once the album release approached, there is a ton of interviews to do lately. So, it was not just family time”.

It seems all is well on the German front. Primal Fear have granted us with an album to keep us away from boredom and, as Ralf promises, once this Covid crisis is all over, the band will be back on the road with concerts worldwide. There is even a brand new video coming up for the song “Hear Me Calling”. The metal commandos, for sure.

Metal Commando will be released this Friday, July 24th, and can be ordered from here 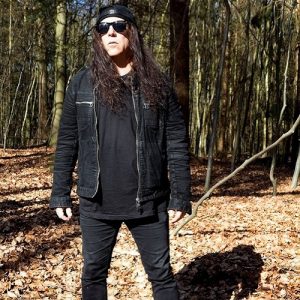 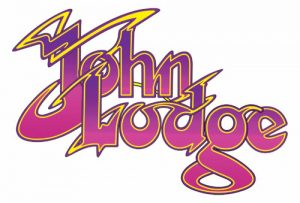