This isn’t so much about showing a completely new side of the band, it is more a case of lifting a side of their identity out from its unassuming support role and giving it the chance to have its turn in the spotlight. And it turns out that they are very, very good at it.

It’s an interesting time to be a fan of Birmingham proggers IO Earth, that much is certain, with every album seemingly throwing a new curveball. Following the double-disc conceptual nature of the epic New World set, we had the even deeper trip down the concept rabbit-hole with the dense and moving Solitude. Just when you thought you were getting a handle on things however, the next album, Aura, took a partially ambient turn for much of its duration – though that was in the end still balanced with plenty of the familiar IO ‘sturm und drang‘ with big riffs and an even bigger sense of the dramatic. Now, however, we get the biggest left-field departure of all, in the shape of this fully acoustic album. It may be hard to imagine IO Earth without those big, in-your-face moments as the band lock together behind the arresting visual figure of Dave Cureton bestriding the stage wringing controlled mayhem from his guitar – it was for me, but as soon as you put this album on it all becomes clear. This isn’t so much about showing a completely new side of the band, it is more a case of lifting a side of their identity out from its unassuming support role and giving it the chance to have its turn in the spotlight. And it turns out that they are very, very good at it.

Rather than simply go down the route of ‘bashing out a greatest hits set without plugging in’, as some did on the old MTV Unplugged shows, the creative core of the band – composers Dave Cureton and Adam Gough – have made this into a much more interesting experiment. Of the ten tracks here, just five are re-imaginings of old songs, with the others all new and previously unheard pieces. This is a very canny move, as it prevents the album from becoming predictable or ‘samey’ – a very real threat with acoustic sets such as this. Another thing that the album does is to shine a very deserved light on keyboard player Adam Gough, a man who has been the beating heart of the band along with Dave Cureton since its formation, but who often gets overlooked behind his keyboard in the live setting, with the extroversion of Cureton and the glamour of singer Rosanna Lefevre unavoidably drawing the eye. Gough is responsible for some of the key moments here, and it’s long overdue.

Opening things up is the title track from the Aura album, sung as a duet by Cureton with Lefevre, and accompanied by some beautiful violin courtesy of Ami Oprenova (Jez King having sadly departed the band since the last album). It follows the original, reframing it rather than redrawing it entirely, but it is given a much more intimate feel, and the effect of the violin enfolding things like a warm, comfortable blanket is spellbinding. It’s a great opener which sets out the album’s stall extremely well. Following that is new song Streets, written during the pandemic and addressing the situation, and it is probably the most expansive sounding track on here, with its seven musicians the most on any track, and being one of only two to feature drums. It’s a fully formed and thoughtful listen, and again is well placed as the first of the new selections.

On the third track we see things really being deconstructed, as Take Me, from the very first album, is delivered with Rosanna Lefevre accompanied only by Gough on piano and some subtle saxophone from Luke Shingler. It was already a ballad of course, but this skeletal arrangement sees Lefevre absolutely inhabiting the lyric and making it her own, as latent emotional power only hinted at in the original is teased out. It may be a little too long for its sparse structure at over seven minutes, but it is nevertheless an arguably definitive rendition of the song. At this point, however, things go up another notch as two of the finest moments on the record come up one after another. Mountains, another new piece, is in fact an unaccompanied piano composition from Gough, and it is remarkable. In essence a classical tone poem, the aim of the piece is to conjure up an image in the mind of the listener, and when the title is Mountains you know that it can only be focusing on either the towering majesty of the peaks or else the constant, eternal stillness and finality of them – and the second option is what we get. At first seeming to be quite uneventful, the piece gradually weaves its magic, generating a feeling of stillness and inner peace which is indicative of the finest mature compositional work. It’s the best new piece on here to these ears, and an entirely new side to the IO experience. Coming right on the heels of that is another standout, cut from a similar cloth, with Fade To Grey from the New World album shorn of all of its big, proggy heft and relying on the pure quality of the composition to carry it, with piano and subtle saxophone the only instrumentation present. Rosanna Lefevre is the real star here, delivering her finest performance on the record, as she ekes every little shred of meaning and emotion from the lyric, twisting and savouring syllables throughout and imparting a completely new feel to the song. It’s a brave yet completely triumphant reconstruction, sitting easily alongside the superb original without a hint of competition, merely a different way of looking at it. This is very finely crafted acoustic music, of that there is no doubt.

Following another thoughtful solo piano piece, Truth (this middle section of the album is really Adam Gough’s playground in a way, as he is the dominant instrumental force), we get another New World track, this time the opener Move As One. Less of a dramatic reconstruction, as the original was already a laid-back introduction to that album, this nonetheless manages to once again squeeze more emotional impact into the song, which was slightly lost against the big drama of its counterparts on New World. Once again, it’s a successful rendition, but just in case you were starting to fear that things might be settling into a pattern of sorts, the next track up shakes that idea right out of your head with a startling reworking of Home from the debut album. Up to now, the general approach has been of looking into a familiar room and finding the wallpaper changed or a new carpet fitted. Very nicely done, but still the same room. With Home, we effectively open the door and find the furniture attached to the ceiling and a triangular television on the wall, as we get nothing less than a fully re-imagined and joyful jazz arrangement of the track, with Rosanna delivering the lyric with such relish that she even embarks on a ‘scat’ singing interlude. It really shouldn’t work by any laws of reality, yet somehow it makes perfect musical sense. If Mountains and Fade To Grey are arguably the strongest pieces on the record, Home is far and away the bravest. It’s just enormous fun!

Another new instrumental piece follows in the shape of Promises, this time with both Cureton and Gough present, and it’s another very accomplished piece which otherwise might have found it hard to fit onto an IO Earth album – another strength of this release. The closing song is another new one, Oh LaLa, with Dave Cureton this time dominating on guitar, bass and vocals, with only the percussion of Tim Wilson accompanying him. It’s a catchy and feel-good way to close out the album.

Is this to be regarded as ‘the new IO Earth album proper’? No, of course not, as it is more of a delightful diversion down a previously unexplored pathway while waiting for the next entirely new road to be constructed – but the band have done themselves proud on this one. It’s notable that there is no musician here who appears on every track, yet somehow it retains a cohesive IO Earth ‘band’ quality about it which never feels patchy or uneven. It’s a tribute to the strength of the songwriting, both behind these revisited pieces and also the new material, and shows a band unafraid to experiment and refreshingly unencumbered enough by ego issues to be able to give each other the limelight at different times. Oh, and of course it says ‘Vol. 1’ – so that can only mean one thing! Now, after the jazz experiment of Home, what will we get served up next time? Solitude as death metal? New World Suite as country rock? I wouldn’t think so, but other than that, I’d say all bets are off… I can’t wait! 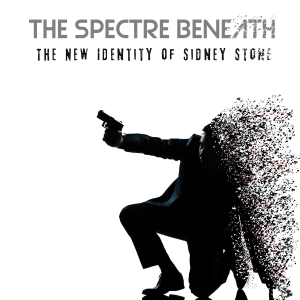 The Spectre Beneath – The New Identity Of Sidney Stone (Self Released) 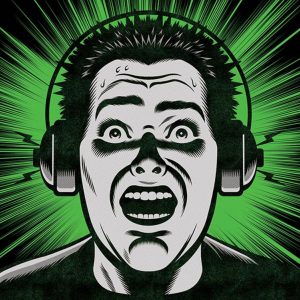