The album cover featuring a skeletal figure in full armour holding a mighty sword, the band name and track names all scream power metal but, in truth, this is a more traditional heavy metal album albeit one with its roots in Judas Priest, Iron Maiden and Savatage rather than Blind Guardian, Thaurorod or Primal Fear.

Those expecting furious European power metal beware as Ironflame is a heavy metal band from Ohio in the US and the difference between traditional and power metal is small but significant. The band is the brainchild of multi-instrumentalist Andrew D’Cagna who provides vocals and all instruments with guitar solos courtesy of Quinn Lukas and Jesse Scott although D’Cagna does expand the team for live performances by the addition of bassist James Babcock and drummer Noah Skiba.

Blood Red Victory is album number three with the debut, Lightening Strikes The Crown, being released in 2017 and Tales Of Splendour And Sorrow coming out in 2018. All three albums maintain the same theme with epic tales of derring-do and mythology and all with that classic late 70s/early 80s feel. D’Cagna has plenty of presence with his powerful and melodic voice and Lukas and Scott supply quality guitars breaks in the way that Thin Lizzy used to do in their prime. There is much here to enjoy in this pleasing slab of heavy metal from an artist overly-endowed with talent and D’Cagna pretty much wears his hear on his sleeve when it come to paying homage to the metal bands that have influenced him.

The vinyl album features the eight tracks as shown here but the CD features a couple of bonus tracks which were not sent for review so no comment can be made. I’m not sure why some record labels see reviewers as the enemy, if you want a fair and proper review that reflects the entirety of the product then please send it and we will do our best. Sermon over, please give Ironflame a whirl as they do make quality heavy metal records. 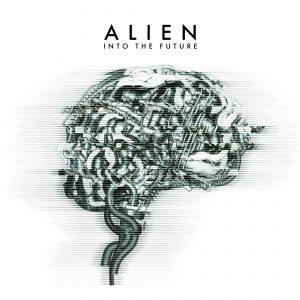