While this is a record which fights and defies you to classify it, it is nevertheless paradoxically accessible – at least, accessible enough to make the more out-there sections palatable enough listening until they find their focus in your mind and heart.

Quite often when dealing with what passes under the large and welcoming umbrella marked ‘progressive’, albums crop up which are difficult to pin down when attempting to describe them to the curious reader. Normally, this task gets a little easier after a couple of listens when the music starts to coalesce into focus and settle into its own identity. Then again, there are examples like Jack O’ The Clock, who, for this extraordinary album, had me writing down names for reference including – but not limited to – Yes, Gentle Giant, Gryphon, Fairport Convention, The Band, Frank Zappa, Dan Fogelberg and Kansas. Which kind of sounds like the most bizarrely varied festival bill you’ve ever encountered in your life. Although it does sound good. And that, in a nutshell, sums up Jack O’ The Clock perhaps as well as it is possible to do – all over the map to the extent where they begin drawing their own when they fall off the edge of the paper, but boy does it somehow work!

Since that summing-up would leave this as a rather brief review however, let’s go just a bit deeper, and look into how and why this band’s – dare I say it – unique sound developed. The brainchild of multi-instrumentalist, singer and songwriter Damon Waitkus, the first incarnation of the band – little over a decade ago, so we’re not talking a glacial evolution here – began life as an acoustic ‘alt-folk’ collective, picking up different members and instrumentation along the way, so that their current instrumental line-up mixes the electric and the traditionally acoustic in an organic and very natural way. The band have released several albums, as they have navigated the shifting sands of their own peculiar musical landscape, but this latest one has been directly inspired and shaped by a highly significant event: namely, Waitkus and his wife, violinist bandmate Emily Packard, decided to up sticks and leave their California home for the remote and leafier climes of Vermont. This has naturally distanced themselves from the rest of the, still California-based, band, and must have been a bitter-sweet decision at best. After all, you can’t get much further apart within the US than California on the one hand and north of New York and next door to Canada on the other! It has fuelled a hugely fertile musical outpouring, however, so for that we can be glad at least.

The album has only seven tracks, three short and four others ranging between seven and almost twelve minutes. The music really is a collision between hugely ambitious progressive composition and playing on the one hand, and sunny, nostalgic Americana on the other. Naturally, one would expect the long tracks to represent the former and the shorter ones to provide the simpler acoustic pleasantry. However, one would be wrong, as the opening track Jubilation, lasting less than three minutes, is a full-tilt, multi-faceted prog composition with Yes and Jethro Tull front and centre in the mix, despite the presence of some rustic instrumentation. Mandolins and other acoustic paraphernalia lock horns with big electric guitar riffs like a deranged deathmatch between the two extremes, yet meeting in the middle. It’s quite brilliant, and it does give you a pretty representative look down into the rabbit-hole, daring you to go in.

The following three and a half minute You Let Me Down is cut rather from the same cloth, or at least the same tailor’s shop, and by now you think you’re getting a handle on things. But just to dissuade you of that foolish notion comes the nine-minute strangeness of The Butcher, and all bets are off. Alternately beautiful, terrifying, baffling and magnificent, the song opens with a horrifyingly graphic description of a slaughterhouse killing floor, before using the image of the butcher, cutting you a deal in a world where everyone lies, as what is surely a metaphor for something. I don’t know what, but you don’t need to know. What matters are the pictures it conjures in your brain, and they can be disturbing, confusing or both. The biblical story of the blade of Abraham is pitched into this heady mix as well, and it is all sublimely otherworldly. The music matches the lyrical content, with vocal arrangements and instrumental complexity again conjuring up Gentle Giant, with even the persistent violin reminding one of Ray Shulman’s use of that instrument. Just as you think this is going to become alarming listening, however, things begin to pull back from the precipice a little, as if the decision to move to the green tranquility of the North Eastern USA is taking things in a calmer direction.

The next song, A Quarter Page Ad, is a violin-led piece which, short and simple on the surface, hides some extremely clever playing once you look under the hood. The seven minute title track, however, really moves things to the more bucolic, rustic Americana side of the street, coming off very much in a Grateful Dead vein, in the way they would produce the same sort of downhome, warm vibe on albums like American Beauty, only with the knowledge always there that an outbreak of interstellar dragon music via a forty minute Dark Star or Franklin’s Tower could be just around the corner. In fact, The Dead are a good analogy for Jack O’ The Clock, only instead of wielding the constant threat of stoned jam band exploration, it’s complex and intricate prog rock which waits around the corner to steal your wallet. Not yet though, as the beautifully relaxed (relatively speaking) nine-minute Fascination is up next, clearly inspired by the move as it seems to look forward and back with equal fondness. Sounding a little like a cross between a Justin Hayward composition and the singer-songwriter approach of Dan Fogelberg, with a little Kansas vocal sound thrown in, it even has a stunningly constructed acoustic guitar section as a lengthy opener. It’s a sublime track, and one would think a piece that would take us on the same path to a peaceful finale.

Oh no. That wouldn’t do at all. Because to finish up we have the twelve minutes of insanity which make up The Narrow Gate, with all of the progressive stops pulled out and the kitchen sink (in a sparse instrumentation kind of a way) thrown in. Vocal harmonies are all over the place, with Waitkus and new co-lead vocalist Thea Kelley combining perfectly. A strangely dissonant modern jazz-fusion section brings sax in to rub shoulders with its acoustic wooden brethren, and yet somehow it works. The piece never remains still for long over its utterly fascinating duration, and while it is the hardest track to process first time out, hang it all if it might not just end up being the crowning moment. The lyric, mixing religious and secular imagery in a heady and thought-provoking way, is the finest on the album. Take a verse like this:

Come crows and thieves, open your hand
and He will fill it,
but you must not talk of owning the land:
you do not till it.
You must not talk of sex or of prayer:
you will be lying.
The politic man, asleep in the square,
is quietly dying.

You could write a thesis around the meaning of those lines, and that is only one verse. It’s a remarkable marriage of music and words, and needs quite some time to fully digest.

As you can tell, I’ve been impressed by this album in a way that I admit I do not always find with the often hugely challenging and avant-garde output of the singular Cuneiform label. While this is a record which fights and defies you to classify it, it is nevertheless paradoxically accessible – at least, accessible enough to make the more out-there sections palatable enough listening until they find their focus in your mind and heart. I really hope that this schism in location does not spell the end of the band, as they are quite the discovery. For my part, I’m going to make up for lost time and explore their back catalogue. I have a feeling it will be a journey worth the making. 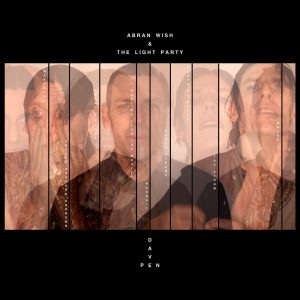 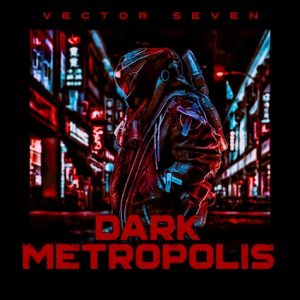