In many respects I think we all would have expected a solo album by the Finnish guitarist and songwriter Jani Liimateinen long before now but all things come to he who waits and finally we have an hour of glorious Liimateinen songs to delight and revel in. He is currently a member of the melodic death metal band Insomnium but most will remember his stint with Sonata Arctica from 1995 to 2006 mainly as a guitarist but also offering up lead vocals and keyboards too. He is also a member of Cain’s Offering with Timo Kotipelto and The Dark Element with the former Nightwish vocalist Anette Olzon. So, his name is a guarantee of quality metal music be it melodic death, symphonic or power metal and his first solo record is sure to interest a host of rock fans around the world. Liimateinen has called on the services of some very good friends for this album with Liimateinen playing guitar, keyboards and programming with Jonas Kuhlberg (One Desire) on bass, Rolf Pilve (Stratovarius) on drums and Jarkko Lahti on piano. Of course, there has to be numerous guests too with Jens Johansson (Stratovarius) supplying a keyboard solo, Janne Huttunen offering up a sublime saxophone solo and a celestial choir of Petri Aho, JC Halttunen, Tony Kakko, Jani Liimatainen, Anette Olzon, Antti Railio, Björn Strid, Lassi Vääränen, Renan Zonta on backing vocals helping to make this a truly melodious album with so many sublime harmonies to admire.

It has to be said that Jani Liimateinen has shown a great deal of maturity on the album and he has sacrificed the temptation to offer up a long series of guitar solos to concentrate on producing songs full of melody and harmony and there is far more of a band feel about this work than a solo album from a guitarist desperate to show just how fast he can play. He is keen to show that it is the song that is the most important aspect of the album and the 10 tracks on this album are all wondrous works of powerful metal but all are built upon the principle that melody is the key making it such a wonderful album to sit back to and let the music wash over you. This is melodic rock with a touch or power metal but a real core of progressive rock too and reminds me greatly of the works of The Flower Kings and Roine Stolt.

As can be seen from the track list shown below, a number of very fine singers have been brought into the project too with from Tony Kakko (Sonata Arctica), Björn Strid (Soilwork, The Night Flight Orchestra), Timo Kotipelto (Stratovarius), Anette Olzon (The Dark Element), Renan Zonta (Electric Mob), Pekka Heino (Brother Firetribe) and Antti Railio (Celesty, Diecell) with Liimatainen also taking control of one of the songs as well. If you are looking for 60-minutes of blistering solos and a shredding masterclass then you are going to be disappointed but if you relish masterfully written songs that are melodic and anthemic and very much progressive in every sense of the world then you will be delighted with this jaw-droppingly good release from a truly masterful musician and songwriter. Every song has something different to offer and the clever use of numerous vocalists helps to give each song its own character and life but you’ll find yourself coming back time after time to the 11-minute album closing title track, a truly gorgeous progressive rock work of wonder.

My Father’s Song is a wonderful album with a real air of commerciality from an amazing set of musicians and you cannot help but admire the magnificent scope of the project. Hopefully, Mr Liimateinen will have many more albums like this in him to continue to delight the faithful. 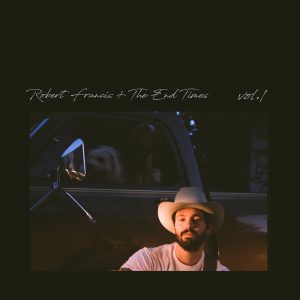 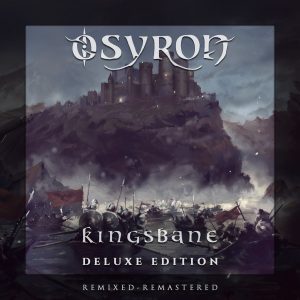