And now for something a little different – Jet Jaguar is a relatively new band having formed in 2014 in Cancún, a city in the Mayan region of Mexico. The band’s name was chosen in homage to the Jaguar, a sacred animal for the Mayan people, and it is so obvious that the band is proud of its roots. Endless Nights is the much anticipated debut album of a band that has slowly been creating a name for themselves and in 2017 they became the first ever Hispanic-American group to win the Wacken Open Air Metal Battle in Germany. The band specialise in ’80s themed classic metal that merges hair metal and Glam with melodic rock and they seem to have taken on influences from Kiss, Winger, Mötley Crüe, Dokken and a touch of Judas Priest too.

Vocalist Maxx Mendoza has an interesting voice that changes subtly throughout the album and he sounds a little like Geddy Lee crossed with Axl Rose, lots of power and slightly up register. The twin guitarists of Sergio Quintero and Nehuen Pacheco work well together and swap riffs and lead breaks with ease. Jorge Ramirez on bass and Jimmy Lozano on drums seem to have a telepathic understanding, and are the real engine of the team, driving everything forward. Two of the ten tracks are performed in Mexican and the band seems totally relaxed with these – and you can see that these are going to be immediate favourites in Latin American. Endless Nights is a solid debut from a band eager to make a name for themselves and it shows that they have the talents, the songs and the heart to become staples on the rock circuit. I’m not sure if Cancun is a hotbed for ’80s themed metal, but a few more bands like Jet Jaguar and it could quite possibly become one. 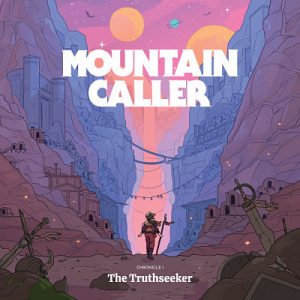