Jizzy Pearl aka Jim Wilkinson was the singer with the American hard rock band Love/Hate which was formed as long ago as 1985 and both Pearl and the band have a long, and rather convoluted history. Pearl has also handled vocals with Quiet Riot, Ratt and L.A. Guns and is renowned for his truly gritty blues infused voice which gives real gravitas to every project he has ever been involved with. He has also run his own solo career alongside band projects with his last record being the 2018 album All You Need Is Soul which was a trademark Pearl release infused with high energy, heavy rock with lashings of boogie to get you up and on your feet.

Love/Hate released five albums of fast paced hard rock back in the 1990’s and built up a formidable reputation as a band of repute and one to always guarantee a good time. Jizzy Pearl has kept the name of the band alive hence we now have Jizzy Pearl’s Love/Hate which obviously features just Pearl from the original line-up on vocals and bass, with former Love/Hate members in Dave Moreno on drums and Darren Housholder on lead guitar and Stevie Pearce on guitar completing Pearl’s version of the band. If you are a follower of Pearl’s work or indeed Love/Hate then you should have a good idea in what you are going to hear on Hell, CA as it features ten anthemic songs of incendiary hard rock and thrilling guitar throughout. Housholder and Pearce make for an incredible pairing as they trade licks and riffs and Pearl is instantly recognisable with his incredible down and dirty vocals which truly are thrill a minute and draw you so much into the music that you almost feel as though you are in the band itself. Each song is a real killer with a tempting blues swagger to give what is really a finely tuned heavy rock album an added dimension with Jizzy Pearl rolling back the years and sounding as good as he ever has. The guitar work will blow you away and this is one album that you will not want to stop playing especially if you remain devoted to L.A. Guns, RATT and Motley Crüe.

Hell, CA is an absolute triumph and shows that Pearl and his band remain truly premium class. 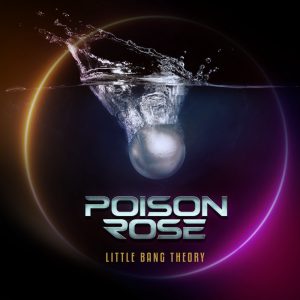