At 7:25pm on a show night, with the gig scheduled for an 8:00pm start, self-confessed guitar geek Joe Bonamassa is backstage in his civilian scruffs and baseball cap. “I always tell people,” he explains, “Excuse, me, I’ve got to go become ‘the other guy’.” Half an hour later, suited, sunglassed and slick-haired, the sharp Joe is on stage in front of one of the best bands in the business, blasting out the jam as the world’s pre-eminent blues guitarist.

We all know the Covid-19 situation has hit the musicians hard. The days of rock’n’roll excess are gone, and fabulously wealthy kids trashing hotel rooms is now widely viewed as a negative thing… instead, it’s a hand-to-mouth existence for most. Occasionally, a musician is fortunate enough to break through to fame and fortune, but they still have to tour to stay alive and keep themselves in the public eye. The ban on touring has forced acts to employ new revenue streams, such as the online gig-streaming we are seeing so much of; or in this case, a feature-length video documentary outlining Joe’s career.

This is largely a project between Joe’s agent Roy Weisman and long-time musical Production partner Kevin Shirley – apart from Joe himself, most of the spoken word emanates from these two. Like everything Joe gets involved with though, this is no hastily thrown-together affair; it’s a properly produced, fluent and informative film. I know people who rarely if ever read fiction, but devour sports or music biographies – and this is simply the same thing in movie form. The format doesn’t really allow for a comprehensive dig into the Bonamassa archives though; an hour and three-quarters is enough to examine the man’s musical career, but family, friends and colleagues only figure when they bear on that main theme.

Having said that, Joe’s career really did start early. His grandfather and great-grandfather both played the trumpet in big bands; his dad played guitar in a rock band, so Joe was steeped in musical lore and history from his birth in New York state in 1977. His old man bought him his first mini-guitar when Joe was four, and by his own admission, “He walked right by me when he was six-and-a-half years old.”

It’s easy to imagine the young Joe being ‘pretty good for a kid’, but that would be understating the case by quite a long way. While still at primary school, he was gigging regularly as ‘Smokin’ Joe’, and featured in a TV documentary hosted by Jane Pauley, which filmed him in class, at the lockers, walking in a crowded school corridor, and then showed him on stage, wringing licks out of his electric guitar that would make a veteran bluesman cry. The skill and musical maturity of the pudgy little schoolboy was jaw-dropping, so much so that he met several of the greats, and was invited to open for BB King in front of 8,500 people, the day before his 12th birthday.

Although the story is narrated more-or-less chronologically, absolute dates hardly figure at all; to work out the actual timeline, you’d need to check the dates on the albums and gigs. One notable exception is May 4th 2009, a date that appears to be indelibly etched into Joe’s consciousness. His 2009 album The Ballad Of John Henry had been a big hit, and there was an opportunity to fulfil his lifetime’s ambition to play the Royal Albert Hall in London, as long as the team could rake together the cash. Joe’s star was rising fast, but everything was riding on it; they had to pack the venue or effectively go bust. Somehow, Joe managed to talk none other than Eric Clapton to guest with him on the show, which caused the industry to sit up and take notice. Fortunately for all concerned, the show was a huge success, a watershed was reached, the rising bluesman broke into the big time and people started getting paid at last. He makes no bones about the stress of the event though. “It looks like I was having a lot of fun on that DVD,” he says, “but I wasn’t!”

Thereafter, Joe could do pretty much as he pleased. He considers himself a ‘student of students,’ in as much as he learned his craft largely from listening to the leading lights of the British Blues Boom: Clapton, Page and Beck. They had learned their craft from the first generation of black electric bluesmen, who in turn learned from the pre-war acoustic blues pioneers. But one notable feature of the British Blues Boom is that it was not purist; the three white boys mentioned previously were front-runners in developing a whole new electric style that would become known as blues rock. Bonamassa continues this tradition, fusing elements of country, folk, rock and even prog into his bedrock blues style. From this time onwards though, he started to branch out into world music, incorporating unfamiliar, medieval-style instruments and classical musicians into his world.

On occasion, the language barrier meant he could only really communicate, even with his own band, through the music. The reception this received was a revelation though. “Wherever you go,” he says, “they clap in the same spots; it’s uncanny.”

Kevin Shirley also brokered a collaboration with Glenn Hughes, incorporating top-tier rock performers Jason Bonham and Derek Sherinian into the hard rock supergroup that became Black Country Communion. It allowed Joe to give free rein to the harder rocking side of his personality, but it’s something he can only take in small doses, as a sideline to his main career.

Blues and blues rock are still niche markets, but there’s no doubt that Joe Bonamassa is at the top of his tree. Even so, it’s eye-opening to see just how much hard work it has taken to get there, and how many knocks there have been along the way. However, the shy and retiring, guitar geek-come-adrenalin-fuelled rock’n’roll superstar is now in a position to show the same largesse to today’s talented kids as was shown to him by such luminaries as Buddy Guy, Albert Collins and BB King. He is now running the Keeping The Blues Alive foundation, a charity to help young musicians in the way that the former blues legends helped 12-year-old Joe, and thus the story comes full circle.

A nice, subtle touch was to play out the closing credits with Joe’s new cover of the un-bluesy and un-rocky ballad The Guitar Man by Bread, featuring guest performer Arielle on vocals.

Joe Bonamassa’s “Guitar Man” documentary is released on video-on-demand and digital by Paramount Home Entertainment and is available from – https://paramnt.us/GuitarManSite 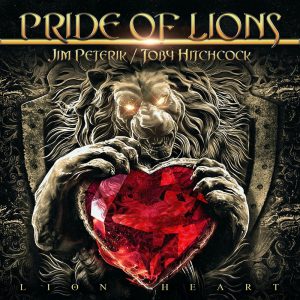 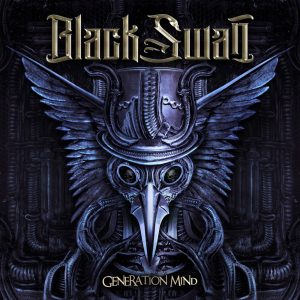