Ok, the basic story is this – Joe Bonamassa has just released a second single, called When One Door Opens, it’s the follow up to the recent A Conversation With Alice, and is the second song taken from his January 2020 recording sessions at Abbey Road Studios, creating a new album for release later in the year. Simple really?

But When One Door Opens is nearly eight minutes of a massive rock composition, crafted to build into perhaps as full-on a rock track that Mr. B has ever written, the opening almost film-score setting you up for what sounds like a really good James Bond theme tune for the first couple of minutes, before pausing and hitting you with Metallica-esque power chords crashing through the middle section, swooping up and down, pausing, re-igniting and scorching away again, leaving me quite breathless by the end – I couldn’t stop myself from playing this over and again! It’s a really phenomenal guitar rock ballad, smacking of Zeppelin, Muse, Metallica, Green Day….plus The Man’s amazing solo as it builds toward a crescendo.

The track was co-written with long-time producer Kevin Shirley and songwriter Pete Brown, known for his many collaborations with Cream and Jack Bruce. Bonamassa has long been influenced by the rock n’ roll royalty that came out of the 60s and 70s, and when fans hear When One Door Opens they’ll feel it more than ever. Recorded at the legendary Abbey Road Studio in London, the impact of the history and culture of those studio walls is captured entirely in this song. The official music video gives audiences an insider’s view of the crew in Joe’s recording sessions, and really illustrates the power of the song and his playing.

In a personal video message, Bonamassa shared his excitement for working with Shirley and Brown, then told fans “this is the first track off my new album and I’m very excited for everyone to hear it.” Though Bonamassa has divulged that this is the first track on the album, the actual release date and track listing have yet to be revealed. In addition to When One Door Opens, Bonamassa has so far shared just the one other track from the Abbey Road Studio recordings, the surprise single A Conversation With Alice released last month. “Alice,” as it turns out, is the alias of a therapist that Bonamassa spoke with about some reoccurring problems he’d been facing in life but found that these ‘problems’ ultimately led to his success.

A Conversation With Alice followed Bonamassa’s recent instrumental side project called The Sleep Eazys, who released their critically-acclaimed debut album Easy To Buy, Hard To Sell, early last month. The album, which has been described as “making instrumental dreams,” was produced by Bonamassa and features some of his frequent collaborators, along with his all-star touring band. Joe’s also been working on Sirius XM’s Bluesville radio channel, and he’s also taken to social media to give a behind-the-scenes look at his ‘Nerdville’ home in California, the first episode also featuring esteemed singer-songwriter Dion. Bonamassa is releasing Dion’s new album Blues With Friends on his new Keeping The Blues Alive record label, and featured on a single from that album.

To battle the tough times brought on by COVID-19, Bonamassa’s non-profit KTBA Foundation is providing financial support to qualifying touring musicians who are suffering financial hardship and whose careers have been put on hold. Bonamassa is aiming to raise $250,000 in support of this. To further this, last Sunday (May 31st), Joe premiered an online ‘stream-a-thon’ benefit, featuring four hours of music performances from over 45 musicians including some legendary friends and talented rising stars. Learn more at https://joeb.me/StreamAThon. Individuals or organizations interested in helping Joe support this program should go the Keeping the Blues Alive website, ktba.org or ktba.org/fueling-musicians.

For more information on “When One Door Opens,” and other Bonamassa news, visit jbonamassa.com, and be sure to stay connected on social media.

Joe Bonamassa’s new single “When One Door Opens ” is available to stream from all platforms via https://joeb.me/StreamWODO 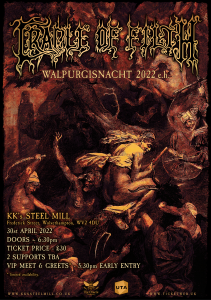