I have a theory about bands and their music, and it goes like this: everyone’s musical taste is different, therefore every band member must necessarily compromise to some extent. That’s it really, but it means that, in any group of 4 or 5 musicians, probably no one is playing exactly the style of music they would prefer to play. If a band has a de facto leader who dictates the direction, then he or she may be fulfilling their own musical vision, but every other member must therefore be compromising even more. It seems to me that Dire Straits must have been one such band – with Mark Knopfler as the singer, lead guitarist and main songwriter, it may be reasonably considered that the musical direction of the band was basically his. This is why it is often a necessity for band members – from any band – to record solo albums, so that they can create their own sound under their own terms.

All of which brings me to the latest offering from Dire Straits founder member John Illsley, who played bass throughout the entire history of that band. I admit to being somewhat behind the curve in this regard, as I am not familiar with any of his solo work before the new album VIII (which is, not surprisingly perhaps, Illsley’s 8th solo effort), and thus it took me by surprise to find that it is, to all intents and purposes, exactly the same as Dire Straits. It’s all there: the subtle, clear-toned guitar work courtesy of Scott McKeon, the half-whispered vocal style of Illsley himself, the restrained pop-oriented balladeering. It pleases me greatly to think that Illsley was, all along, playing the kind of music he wanted to play.

This set opens with It’s A Long Way Back, with its ticking drumbeat which could literally have been lifted from Straits’ first couple of albums. It references Deptford Town in the kind of wording that Knopfler might have used, and Illsley openly confesses that the song is a nod to his time with the band. There are differences of course, such as the subtle Hammond in the background and the presence of female harmony vocals from the trio of Hannah Robinson and John’s daughters Jess and DeeDee. The plot diverges a lot more with track 2, Love You Still, which evokes a country flavour courtesy of pedal steel work from Melvin Duffy, with accordion sounds to boot, and an almost calypso rhythm.

Then we are back into Straits territory with 21st Century, with its splashing cymbals and acoustic guitar picking, although the piano chords and maracas are an Illsley touch. Market Town takes a similar route, with its sense of small-town autobiography, and trademark subtle bass work.

We get a taste of reggae with a horn section on The Mission Song, which bemoans the degradation of modern society, then the pedal steel returns for Wondering, which is a reflective love song. Which Way Is Up is a smooth rocker that just rolls along, and was also chosen as the album’s lead single – view the official video at the foot of this page. For this reviewer, None Of This Was Planned is an album highlight, lifting the mood with a major-key accompaniment, while voicing distrust of the authorities and the media over recent disastrous world events.

At the end of an entire set of John Illsley original songs, the set closes with a cover of The Beatles’ I’m Only Sleeping, which Illsley performed at the on-line concert Dear John in 2020, in honour of John Lennon’s 80th birthday. The original Beatles version featured reputedly the first example of backward-recorded guitar in commercial music, and Illsley repeats the feat for this, which is a great, ambient rendition of the song, extended by a minute over the original.

It would be foolish to expect a note-for-note retread of the vintage Dire Straits, and of course Illsley’s own touch is evident throughout, not least in the lyrics, which are not narrative in the same way as Knopfler’s, evoking a mood perhaps, rather than telling a story. Various members of the Illsley clan are involved on the production side, making it something of a family project, which from my point of view is all to the good.

The album’s official release date on CD and vinyl is 6 May 2022, but it has already been available since 4th March so that fans can hear the songs ahead of the April and May tour dates.

VIII by John Illsley is officially released on 6th May 2022 through 100% Records. 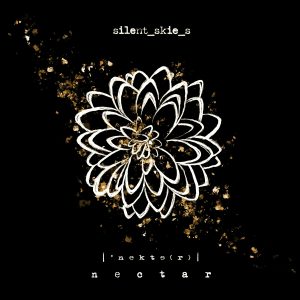 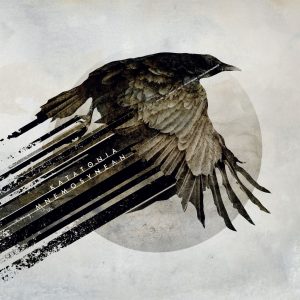