Of the solo debuts released in fairly quick succession by Yes members following their Relayer era, it’s long been Jon Anderson’s otherworldly concept album Olias Of Sunhillow that gets mentioned at the top of the heap more often than not. While a good chunk of listeners contend that that it’s actually bandmate Chris Squire’s Fish Out Of Water that deserves the highest accolade (due in no small part to the impressive musicianship on display), there’s a timeless beauty and magic to Olias that has endured over the 45 years since its release and which seems to draw the largest crowd. And is there any one graphic more associated with Yes than the Olias symbol, apart from the classic Yes logo itself? Even if you do belong more to the Fish camp (or one of the others), it’s likely that you also love Olias.

A brilliantly melodic and atmospheric journey, the album’s story chronicles the four tribes of the planet Sunhillow, who, in typical Anderson form, ‘represent a different aspect of musical consciousness’. When a volcano threatens their existence, they are forced to travel to a new home on the planet Asgaurd via a ship called the Moorglade Mover, with the help of three magicians: shipbuilder Olias, navigator Ranyart and trance-inducing Qoquaq… so really, not much different from stuff like Jailhouse Rock and Satisfaction.

But all kidding and thematic loftiness aside, the key to Olias is the musical lightning-in-a-bottle which Anderson captured while locking himself away for months, Victor Hugo-like, in his Buckinghamshire garage. In contrast to the approach his bandmates took with more conventional song structure, skilled sidemen and professional studios, the hermit Anderson focused on mood and texture, eschewing rock norms and learning to play each instrument with enough competence to lay down all of the parts himself (he vehemently denies the rumoured involvement of Vangelis as keyboardist on the album). This was a far cry from the established luxury of dictating his nebulous ideas to his fellow Yes-men to somehow make sense of and arrange into workable compositions.

Despite its huge popularity among fans, Olias has long been overlooked in the ‘upgrade’ department. Early CD issues sound flat and dampened, and later audiophile releases tend to be cost prohibitive and difficult to find. So what to do? Enter Esoteric Recordings with their highly respected reissue campaign and meticulous attention to detail. The album has been newly remastered from the original master tapes and issued in a two-disc ‘expanded’ set (out 26 March), with the DVD also featuring a high-res version of the stereo mix. On top of that is a new 5.1 surround upmix that allows this multi-layered music to further reveal itself, bouncing around the room for an immersive experience (think of the percussion in the Qoquaq En Transic suite, for example, or the hypnotic chanting in Moon Ra).

The main goal of Esoteric’s treatment with this series is to simply provide a fresh coat of paint to these aged recordings and bring out their vibrancy without altering their essence. The shimmering Flight Of The Moorglade and the haunting Solid Space are more striking (in their own ways) than before, but both remain the standout tracks they always were. Intro piece Ocean Song rumbles slowly to life with deeper gravity, and Sound Out The Galleon bursts forth from the speakers with renewed clarity, as though throwing the windows open on a spring day. This is how this album is meant to be heard.

Even more noteworthy is the informative booklet included. Featuring a newly penned essay on the making of the album and an exclusive interview with Anderson, it is also illustrated with photos, news clippings and other memorabilia from the period. For listeners who enjoy something new to dig into and read while listening along, the inclusion of these booklets can be the best feature of these releases. I certainly learned a thing or two from the more revelatory quotes (no spoilers)!

Ultimately, this expanded Olias edition is a subtle and sensible sprucing up of an old favourite at a reasonable price. There are some albums that seem to cry out for this kind of treatment, and I doubt anyone would argue that this is one of them. It’s not a flawless album, but as with all labours of love, its allure lies in its creator’s ambition and in the unique melodies that sprung from his efforts. It’s a true solo record, one whose parts could have been expanded on by more virtuosic musicians, but whose artistic merit and intangible charms would have been lost along the way. There’s only one Jon Anderson, and Olias Of Sunhillow could only have come from him. Course and curl your dreams away, it’s time to rediscover this gem. 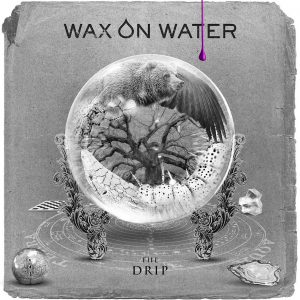 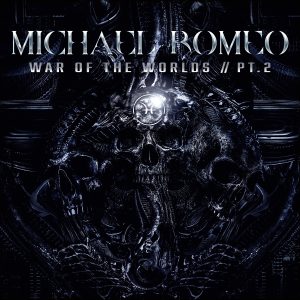 Michael Romeo – War Of The Worlds, Pt. 2 (Inside Out Music) 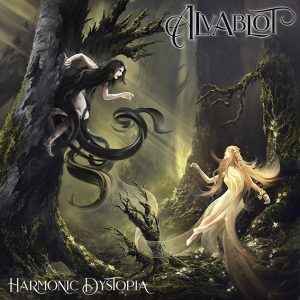