It’s probably fair to say that Jon Anderson’s solo work outside of Yes, like his collaborations with Vangelis, has generally been best described as the figurative ‘Curate’s Egg’ – good in parts. Following his first solo release, 1976’s Olias Of Sunhillow, he generally moved further away from his epically progressive Yes roots, and such is largely the case with this 1980 album, his second solo work and his first since leaving the band after the Tormato fallout. I use the word ‘largely’, as this is a more varied and interesting work than that which we would likely have got had the Virgin label followed through with their plans to sign Anderson up with a view to creating a Phil Collins-style solo career. Rarely can a more unlikely event have been envisioned!

As it was, while Jon did opt to record a sizeable amount of very pop-oriented material for this album, his deal with Atlantic allowed him the artistic freedom to go outside of the box as the mood took him, and in this case that freedom gave us the outstanding track on the album, its most ‘prog’ moment, and the main reason for this being an essential addition to any self-respecting prog collection. That track is the closing title song, coming in at a weighty eleven and a half minutes, while the other eight tracks trundle around the three-to-four minute foothills. Let’s come to that shortly, however, and start at he beginning, which as it happens is where we find the other classic track on the album.

For You For Me, which opens the record on a strident note, is a very contemporary, electro-sounding track which has much in common with the Jon And Vangelis hits State Of Independence and I’ll Find My Way Home. The former track in particular, which appeared on the following year’s The Friends Of Mr Cairo album, could very easily be seen to be directly inspired by For You For Me. The verses see Anderson almost talking the lyric, yet in perfect time to the music (in a bizarre ‘Jon Anderson Invented Rap’ way perhaps!), with the chorus coming in big and uplifting, and working every time. It’s kind of like like a stirring call to arms by a Buddhist monk, and the sort of thing that you just can’t imagine anyone else doing. The song is irresistible and, despite that very 1980-style instrumentation and production, manages to avoid being hampered by any feeling of being dated, which is remarkable in itself. Why this wasn’t chosen as a single is baffling in the extreme, as it is as clear a chart contender as you could possibly find here. Nevertheless, it was passed over, but remains an excellent piece.

This spirit of adventure continues in the next track Some Are Born as Anderson, having just invented rap, now casually decides to invent The Lion King. Well, not exactly, but the ahead-of-its-time ‘World Music’ feel, with its tribal percussion and nonsensical yet suitably ‘African-sounding’ backing vocals, position this as something which could have fitted absolutely seamlessly alongside Circle Of Life and others of that ilk which would not appear for over a decade. It’s another good song generally, though an ill-advised sax break should have been denied entry to the studio and, preferably, shot. Looking at the rest of the album, it roughly falls into two camps: out-and-out pop songs of varying quality, and songs based on an acoustic guitar framework with a clear feel of the Olias album. Those latter tracks are best illustrated by Hear It and Days, both of which provide the other strongest moments on the record. Take Your Time is something of an oddity, being a loping, relaxed, jazzy pop piece which has Anderson informing us that while he is ‘always rushing here and there’, people constantly admonish him to ‘slow down, relax, take your time, there’s no race’, and so on. It’s all very langorously appealing, but it can’t help but raise the impression that, of all the people in this world who have to be stopped from rushing headlong and being hyperactive, Jon Anderson really isn’t one of them – generally giving the impression of being so ‘zen’ and laid back as to resemble some kind of spiritually-aware sloth. Very odd!

Elsewhere there was a surprise in store for me, as, while I had not previously listened to this album for some 35 years or so, there was an unidentified nagging ‘earworm’ which had plagued me throughout that time. Unidentified no more, however, as track four, Heart Of The Matter steps forward as the guilty party – proving if nothing else that it is an incredibly catchy song. Combining that infectiousness with also being quite irritating, however, ensured that it sank without trace when released as a single at the time. It’s one of only two really disposable tracks on the album, with the other, and the worst offender, being the ill-advised and frankly dreadful wishy-washy doo-wop pastiche Don’t Forget (Nostalgia), which we shall nonetheless attempt to forget.

Let’s get back to that title track though, for it is a thing of beauty, coming up unexpectedly and triumphantly as a beacon of light to close the album. Going from a reflective, slow-burning quiet opening through expansive and quite magnificent mid-song passages, and taking in some superb guitar work by Clem Clempson, it closes down again slowly to a peaceful conclusion leaving you tranquil and at somehow peace with your soul. It’s powerful yet restrained music which one could easily imagine Yes taking a tremendous stab at, and it remains the finest composition Anderson has recorded as a solo artist. Even the lyrics capture that ‘profound nonsense’ feel that no-one else has ever done as well as Jon Anderson, before or since. In fact, in the very first line of the song he informs us that ‘In the meeting place I sit beside betwixt the points of heaven’ – that’s both beside and betwixt there. (People should always sit betwixt things in a Jon Anderson lyric, shouldn’t they?). ‘How can you be sooner or later than your thinking’, he goes on to ask, which is a Jon Anderson question if ever I heard one, even if it contains no sense, less still an answer. Glorious stuff, and the main reason, along with For You For Me, that any Anderson/Yes fan has to have this album in their collection.

The nice digipak cover and booklet contain all of the rather splendid original artwork and credits, with an interesting interview with Jon in the booklet adding new insights to the album. The remastering job is sparkling as well, with the audio separation outstanding – when listening in the car, toward the end of the title track I had to illogically glance at the back seat, momentarily believing a child had got in there as the voice of one emerged from the rear speakers. It’s not a perfect album by any means, but for the fifteen or twenty minutes of great music on here, plus the fact that it’s never sounded better, make it one to go for, for sure, if you need to plug that gap. 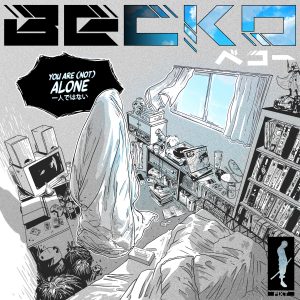 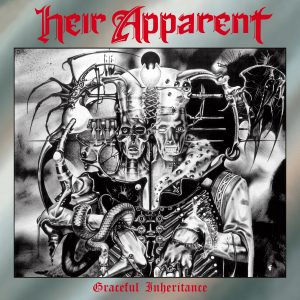 One thought on “JON ANDERSON – Song Of Seven (reissue) (Esoteric)”