Jon Gomm, the UK based acoustic guitar virtuoso, has announced the details of his new album The Faintest Idea, due for release on Kscope on 16th October 2020.

With this new album he has found new emotional depths in immense melodic pop landscapes. When most people look at an acoustic guitar, they see exactly that – a wooden box with strings. As one of the pioneers of the modern fingerstyle sound, however, Jon Gomm has a rare gift for turning one instrument into what feels like an entire orchestra…

The Blackpool-born singer-songwriter’s 2003 home-recorded debut, Hypertension, was nothing short of a musical revelation: drumming beats, tapping chords and striking harmonics on his acoustic underneath that warm, soulful voice. Things changed for Jon with landmark single Passionflower racking up millions of views of YouTube and other media platforms in 2012 – with British legend Stephen Fry describing him on mainstream television as someone “playing the guitar in a way I’d never seen it played before” and “an all-round genius”. Follow up album Secrets Nobody Keeps arrived in 2013, further cementing his stature as one of the driving forces behind an acoustic revolution – but now, having signed a label deal for the very first time in his career, he’s managed to truly refine the pop sensibilities and emotive expression within that unmistakable wall of sound. Latest full-length album The Faintest Idea is set for release this October. “I didn’t realise that my songs were worth anything beyond the crazy guitar playing,” shrugs the songwriter reborn, who originally started out on ukulele at the age of two. “When people started getting my lyrics tattooed on them, I had to accept that they’re not doing that because they’re fans of percussive guitar”

Perhaps one of the greatest surprises with The Faintest Idea is how it contrasts the incredible human warmth of Gomm’s acoustic articulation with more icy affairs, thanks to the synth parts and production work from Australian musician Andy Sorenson. Instead of a war between man and machine, the collaboration delicately cross-pollinates simple honesty with more forward-thinking atmospheres. It is a contemporary masterpiece – rich in its sense of paths travelled and roads taken, while also daring to gaze into the unexpected future. “Andy has taken my raw, intimate solo acoustic performances, and placed them in an artificially expanded landscape of his own creation. I feel like I’m playing a gig, but the venue is a synthetic reality dreamworld. I strum a chord, and it bounces off a cyan cloud releasing a shower of notes, I hit another, and it echoes through a crystal chamber” Gomm muses.

The album earned its title through the notion that all of us, to some extent, are just The Faintest Idea. The singer/guitarist notes how that everything is made out of vibrating strings of probability, and it’s this scientific and spiritual meaning – as well as the more literal translation of total guesswork – that felt like the perfect summation of album number four… “It’s an enigmatic title,” smiles Gomm. “There’s a fine line between a metaphor and a pun, so I guess it dances on that.” The album is complemented by the delicate hand drawn  pen and ink cover art created by Lee Zimmerman.

Often cited as one of the most naturally gifted acoustic artists of the modern age, a one-man band with seemingly no limit to expression, it’s little surprise that the new music drew from the musician’s own experiences over the last five or so years. And while there have been moments of joyous celebration, by his own admission there has also been plenty of personal upheaval “This album has been a long time coming,” he reflects. “I tend to write in a really painstaking way. The last few years of my life have involved a lot of personal trauma – from me and my wife losing a pregnancy, through to losing other people in my life.”

There’s a sense of reinvention that arrives in the album’s 11 tracks – documenting a musician coming to terms with the talents that got him recognised and choosing to evolve into the unexpected. Despite having already gone viral and established himself as one of the modern-day masters of acoustic, this could very well be the release that sees the virtuoso transition to a mainstream audience far removed from the guitar community he’s long been revered by… “People knew I could play, I didn’t need to write an album to make that point anymore,” summarises Gomm. “And being aware of that brought out my music in a better way. The technique side can feed into the ego after a while. This is still acoustic guitar music, but the sound, approach and experiences behind it are totally different. I didn’t need to force myself to follow any musical philosophy when I could just make a beautiful-sounding album that was totally immersive and more emotional.” Indeed, it’s as immersive and emotional as music gets. And while these are the most expansive recordings of Gomm’s career so far, it still really just boils down to the magic of one man with his guitar and voice. And what a powerful magic it is.

Tickets on sale now with album and ticket bundles available 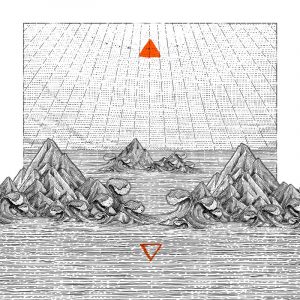 THE SAME RIVER New Single ‘Voyage\\The Great Sea’ out now from the album ‘Weight Of The World’, due for release on 13th may via Sliptrick Records 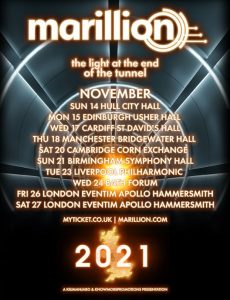 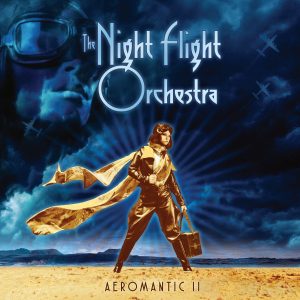