There came a point midway through Pastoralia, the new album from Nordic folk-proggers Jordsjø, where I realized they might be on to something with the switch from monochromatic cover art to a decidedly more vibrant impression. The Oslo-based outfit have been on a steady incline for several years, with recent albums Jord and Nattfiolen garnering much acclaim and helping to cement a position among their brethren in the bustling scene they find themselves a part of.

Often the recipients of vague labels such as ‘retro’ and ‘woodsy’ (they actually recorded some mellotron and guitar parts in the woods this time around, so I suppose that one’s only fair), it seems Jordsjø can’t be mentioned in a different breath from contemporaries Tusmørke and Wobbler. Indeed, there’s cross-pollination between the three who do share musicians, but in fairness they are each their own band with their own distinct approach.

Unsurprisingly, Pastoralia continues down the same musical path as its predecessors (if a hair more subdued), but showcases a development in their composition – as much as one can develop within the fairly well-defined parameters of so-called ‘retro prog’, that is. Accusations of stagnation and unoriginality are sometimes flung at the entire scene, and it’s true that most of these bands haven’t exactly set out to reinvent the wheel. But then, that’s hardly a requirement for making a strong album… after all, we eat our favourite meals and visit beloved places countless times. And if occasional overtones of the likes of Landberk, Camel, Bo Hansson, and German progressive rock of the 1970s intrigue you – read on.

The new platter boasts an affluence of variety, with familiar mood shifts and transitions between light and shade deftly woven throughout. Like the opener Prolog, which sees a jaunty Canterbury vibe yield to eerie piano and bass clarinet, culminating in a dramatic guitar-led climax reminiscent of Änglagård. Or the ominous tone that emerges towards the end of the otherwise breezy title track. Album highlight Mellom Mjødurt, Marisko og Søstermarihånd sees a shift to a delicious guitar and mellotron intermezzo halfway through which sadly only lasts about twenty seconds… and this is where Jordsjø’s compositions can sometimes frustrate, with tantalizing bits of music that are yanked away as quickly as they appear. If they weren’t so damn good at coming up with them, their swift departures wouldn’t be so lamentable.

But these unorthodox arrangements – replete as they are with low-key motifs and gentle (if sometimes unsettling) themes – also manage to impress with their range. Witness the groove and foot-tapping guitar chords of Skumring I Karesuando for instance, the frolicsome Vettedans with its spritely acoustics, or the buoyant jazz-folk of Fuglehviskeren. Vintage keyboard lovers are again treated to an appealing array of sounds throughout (used to especially great effect on Beitemark, probably this reviewer’s favourite track of the new batch). Lengthy closing track Jord III will be the centrepiece for many listeners, with its rainy day piano intro soon embellished by full accompaniment and traveling through numerous compelling and moody sections of music and spoken word. If one could pinpoint the essence of Jordsjø in one track, it’s this one – full stop.

Pastoralia is crafted of impressive materials; stirring works that command attention as they swell and recede. Scintillating acoustic guitar mingles with elastic double bass and rosy woodwinds. Plaintive piano notes flutter and scatter. Warbling flutes accompany rich melodies while harmony vocals enhance dreamy and mysterious tales. Dark charms and brooding melancholy balance sunnier movements, as though viewing breathtaking beauty in a photo yellowed by the wickedness of time. This is the product of musicians merrily hopping from strength to strength, each new release a stepping stone to something deeper and just that much better than last time around. It’s their strongest yet, but if the trajectory is maintained, we are fortunate that the next one will be even more so. Recommended to fans and newcomers alike.

Pastoralia is released on vinyl, CD and digital on 7 May 2021. 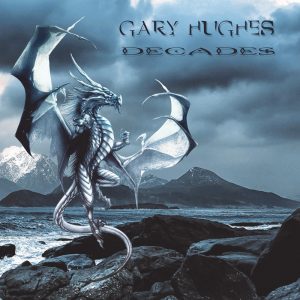 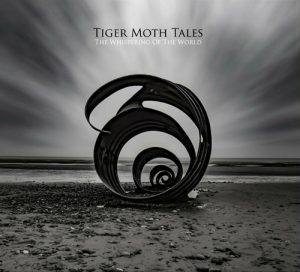