This three CD set represents Tzuke at her artistic peak and proves categorically that she was much more than a one hit wonder.

The 1979 hit single Stay With Me Till Dawn – a good ballad made memorable thanks to the glorious vocal delivery of Tzuke – has etched itself into the national consciousness as Judie Tzuke. The fact that she has never taken a break, releasing 20-odd studio albums plus a plethora of live and compilation albums in the process, is unknown to the vast majority of music fans. This three CD set from Cherry Red of the two studio albums recorded for Chrysalis in 1982 and 1983, plus the double live album that was sandwiched between those releases, is a timely opportunity to explore the output of this often underrated artist.

1982’s Shoot The Moon  (remastered in 2006, which is the version we have here) opens in style with Heaven Can Wait, a very classy and commercial rock song and probably one of the best songs in Tzuke’s entire catalogue. Its dreamy vocal line and jazzy touches combined with great melodic lines would have made it a great single. The label opted instead to release three other tracks as singles– Love On the Border and I’m Not A Loser, both good but slightly predictable rockers, and the melancholy ballad Late Again – none of which charted. The album however, reached a creditable 19 on the UK album charts.

Rock fans will be drawn to Now There Is No Love At All thanks to the hard funky riff that drives that song along. Liggers At Your Funeral is another slow burning rock song, almost bluesy, and has a vocal delivery similar to Suzanne Vega (who only emerged a couple of years later). One of the most fascinating tracks on the album is entitled Information. It’s a song that starts off with a routine pop section before launching into a vocal run that is pure Yes. Actually, given that in 1982 Yes were between the Drama and 90125 albums, a case could be made that this Tzuke track sounded more like Yes than Yes did in that period!

1983’s Ritmo was certainly a different kettle of fish. There’s a distinct 80s feel to the album in the use of synth-based tracks and the frequent use of drum synthesizers (which is irritating to these ears). To give an indication of the quite dramatic change in style here, the lead single Jeannie No (again a non-charter) sounds heavily influenced by Michael Jackson’s record breaking Thriller album from the previous year; the melody even seems to echo Billie Jean from that album! The most intriguing track for me is Face To Face where having been lulled into sleep by a rather tedious verse one is suddenly woken up by operatic chanting in the chorus which turns the song into a proto-symphonic metal track! While the album has these sort of interesting moments, overall it is step backwards in terms of the quality of the material in respect to Shoot The Moon.

The live album Road Noise (The Official Bootleg) was released a few months after Shoot the Moon and recorded during the tour promoting that album. Given the change in direction with Ritmo, the timing couldn’t have been better since it neatly drew a line under the 70’s influenced material, effectively creating a live Best Of compilation of her four studio albums so far. The double live album format with mandatory gatefold sleeve was a staple of rock bands at the time but could appear inappropriate for someone with a more commercial pop/rock orientation. But listening to this album, you realize that this is a bona fide rock album made by a proper rock band, not by an individual pop singer. Tzuke’s trusty studio musicians from Shoot The Moon are all there with the exception of drummer Charlie Morgan, replaced by Jeff Rich (future member of Status Quo, along with bassist John Edwards). The band are brought to the fore in the mix, almost at the expense of  Tzuke’s voice, but that of course is what happens live and the album’s subtitle reflects that these are genuine live performances with no overdubs.

Tzuke certainly selects songs well from the Shoot The Moon album, playing Heaven Can Wait and Information, plus much more energetic and enjoyable versions of the singles I’m A Loser and Love On The Border. The set is intelligently put together with upbeat songs such as the tile track from Sportscar intermingled with some slower ballads, showcasing all four studio albums. A rather odd choice though is For You, a beautiful a cappella song from the Welcome To The Cruise album that needs recorded parts to be played live to try and recreate the studio version. It might be that it was included in the live set to give the band a drinks break! Tzuke herself gets a well-earned break during Kateria Island where some excellent jamming by the band takes the track to almost ten minutes in length.  After the obligatory rendition of Stay With Me Till Dawn, Tzuke closes the set in style with the blues classic The Hunter.  Like any good live album, one is left with the feeling of having actually just been at a gig.

Without a doubt the live album captures the rock spirit of Tzuke perfectly. The band was at its peak here, recording these shows at Hammersmith and Glastonbury. It’s difficult not to conclude that this was Tzuke’s high point and she lost her way somewhat with Ritmo. Leaving aside the what-might-have-beens, this three CD set represents Tzuke at her artistic peak and proves categorically that she was much more than a one hit wonder. 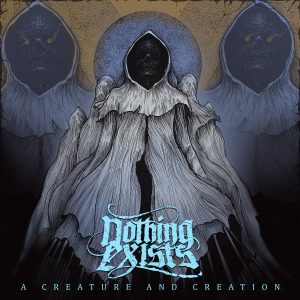 Nothing Exists – A Creature And Creation EP (Self Released) 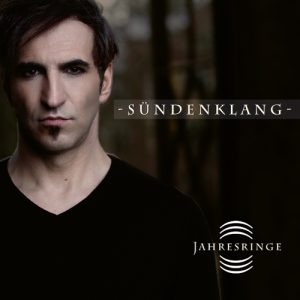