Karamaoi have got to the dark heart of Orwell’s story and managed to communicate it back to us in a visceral way in this splendid hour of music.

Rock artists often like to use a good literary tale to inspire their music and lyrics, and George’s Orwell’s classic novel of a dystopian future, 1984, has certainly been very fertile territory over the years. I believe Spirit get the prize for being the first to do homage to Orwell’s book with a song simply entitled 1984 which made number 69 on the Billboard charts way back in 1970. Artists from Bowie to Radiohead have since written songs referencing 1984, and personally I’m aware of two full concept albums (both called 1984) based on the book: one well-known effort from Rick Wakeman with lyrics from Tim Rice; and one rather obscure release from ex- Soft Machine bassist Hugh Hopper. The actual year 1984 may well have come and gone but our society looks increasingly and alarmingly like the one depicted in Orwell’s book so it’s no surprise that it continues to inspire musicians – and that’s the case here with Room 101 from Italian prog outfit Karmamoi.

Room 101, for those of you not familiar with the book, has nothing to do with pleasant hotel rooms. In fact, it is the room where the secret police psychologically break their victims by making them face their worst possible fear – in Orwell’s story, the hero Winston is terrified of rats so for him the greatest fear is of being eaten alive by rats. Cheerful stuff! In the book there is at least an initial hopeful thread in Winston’s romantic entanglement with Julia (which Wakeman, for example, uses to lighten the mood in his interpretation of the story), but as the title suggests Karmamoi have focused on the darker elements of the story. The musical influences on the band seem to range from the ‘80s onwards, from Radiohead through to Anathema and Mostly Autumn too, but none of these influences are dominant and the band have forged their own sound. The instrumentation nearly always has a sparse feel to it, perhaps intentionally aiming to highlight and support the tense storyline.

The album opener Memory Holes begins with quiet bubbling synths which to these ears sounded like the introduction to a house music song but then instead of some thumping bass we get gentle vocals courtesy of guest singer Sara Rinaldi whose deep tones suit well the mood of these songs. The track builds up to a more urgent section with guitarist Alex Massari chugging away on repeated chords in the style of The Edge in U2. After a return to the bubbling house synths the melodic themes are reprised with violin (from Steve Unruh) adding new textures in the concluding section. It’s an unsettling song and leaves you wondering where the album is heading. That uncertainty is reinforced by the dirge-like slowness that opens Drop By Drop with Rinaldi menacingly singing the line ‘drop by drop, we will change your belief’. But a much more positive vocal section which has a Mostly Autumn feel to it intervenes before flowering in the second part of the song accompanied by a hopeful Floydian solo from Massari. After that ray of sunshine, Dark City plummets us back into a gloomy mood with quiet almost inaudible vocals over mummering synths and acoustic guitars – it’s slightly reminiscent of Anathema at their most miserable! There are more upbeat sections with unsettling rhythms and jarring guitars but there’s no escape from the dark mood of the song. Zealous Man is the longest track at almost elven minutes and while it has some good moments – the fine climax at the half-way point and the hesitant harmonised vocals around the eight-minute mark – it felt a little fragmented to me. This is followed by Newspeak, an excellent instrumental graced with the keyboard playing of Adam Holzman (Steven Wilson) which interweaves well with yet more good guitar work from Massari before closing gently with violin. The title track is as disturbing as you’d probably expect it to be. It opens with nebulous piano and synth noises before jagged guitar chords crash in, leading to an evil sounding vocal section (‘you’re at the end, you’re alone’) which then gets interrupted by a totally disorientating rhythm which makes Genesis’ Apocalypse in 9/8 sound like a 3/4 waltz! It’s a song dripping with menace, building up to a quite frightening conclusion. It’s probably not one to listen to late at night when on your own. If Karmamoi had ended the album there and then it would have been a miserable end worthy of a Mahler symphony, but luckily for our sanity we get one last track, The New World, which turns out to be a fast and upbeat conclusion to the album. But don’t be fooled by appearances! The book concludes with Winston facing a new world – one in which he loves Big Brother – but lyrically this song is about our new world, one in which many of the dangerous technologies that Orwell foresaw have finally emerged (‘You, Winston, are the mirror of our new world’, sings Rinaldi aptly).

As a progressive rock album this is a mature and compelling piece of work. Compare it to Wakeman’s version which is…well, cheerfully like any other Wakeman album, and you’ll realise that Karamaoi have got to the dark heart of Orwell’s story and managed to communicate it back to us in a visceral way in this splendid hour of music. 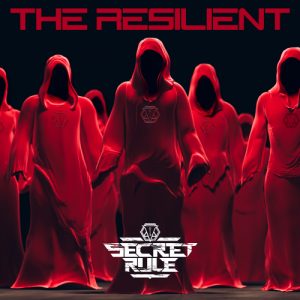 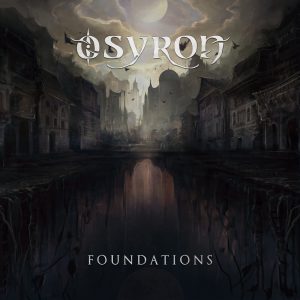