We know that 2020 was a bad year for many reasons but in the music world it was certainly an annus horribilis for Uriah Heep fans. The sad deaths of Lee Kerslake and Ken Hensley within a couple of months of each other left Mick Box as the last man standing from the classic line-up. Both Kerslake and Hensley were working on new albums during 2020, albeit probably with very different states of mind. Kerslake was seriously ill and his album Eleventeen was very much his own personal musical testament. Hensley instead was in good health while working on My Book Of Answers and the short illness that stole him from us came shortly after completing the album, and this is reflected in its generally upbeat mood. That melancholic vein which Hensley mined so well during his career is mostly absent here.

What strikes me listening to the album is how little Hensley’s writing style changed over the years. That statement might appear to be a criticism but personally I’m very grateful for him sticking to what he did best, especially since his quality as a songwriter never diminished and he produced top notch material up to and including this last opus. Take the track Right Here Right Now – a typical Hensley composition with a memorable lilting synth hook combined with a good melody that creates an outstanding song out of very simple elements. Hensley’s backing band supports him admirably too, with Izzy Cueto’s guitar solo on this same track being a good example. Hensley contributes guitars too, and from their similarity in style to his Heep days I suspect the soulful slow solos in Lost and Cover Girl are Hensley’s guitar work (if you are familiar with The Spell from Demons And Wizards then you’ll know what I mean). While the album settles into a typical Hensley groove, there are some slightly unexpected moments including The Silent Scream, a faster track with a strangely stoner feel to it, opener Lost (My Guardian) which has a much harder metal edge to it than most of his material, and the anthemic Stand (Chase The Beast Away) with its gospel touches in the chorus vocals.

I’ve always felt that Hensley never got enough credit for his vocals. That may be the result of standing in the shadows of a giant like David Byron, yet he was a fine singer in his own right. Here, with age catching up with him, I sensed he was struggling a little with some of the more rock-oriented tracks but the vocal delivery in the ballads is still as emotionally charged as ever. The lyrics themselves are all courtesy of Russian poet and Hensley fan Vladimir Emelin. In a sliding doors moment, Emelin spotted Hensley in an airport lounge and introduced himself and the result of this meeting was that Emelin sent a couple of his poems to Hensley which then led to Hensley eventually adapting  nine of Emelin’s poems for this album. The lyrics aren’t that far from familiar territories trod by Hensley which perhaps shows the strong human and spiritual links between the two men who became firm friends during the collaboration. An illustrated lyric book will be released in due course, including the original poems, which will be a fascinating insight into the genesis of these songs.

That melancholic vein that I mentioned as being mostly absent on the album does creep back in towards the end. The track Suddenly is quite upbeat musically but lyrically seems to be a reflection on death and faith. It’s difficult not to listen to the line from that song ‘Is my life really coming to a close?…… so suddenly’ without interpreting it as a premonition of what happened shortly after. The penultimate track on the vinyl version is The Darkest Hour, another lyrically dark song (seeming to be a set of reflections during a death vigil) that is musically the highlight of the album for me. It has a great guitar refrain underpinned by trademark Hammond chords and a great melody. But, as a bonus track on the CD version, we get a heart-rending acoustic take of this same song where the focus is all on Hensley’s singing and piano playing. It is a moving way to close the album and it is a moving way to close a career. 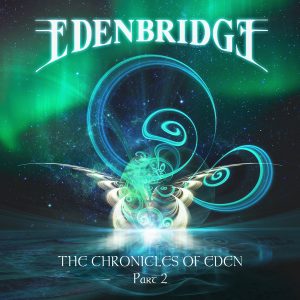