Any new release by Finland’s King Company is to be welcomed with the band’s new third album very much continuing the most exciting and superior metal exhibited on One For The Road from 2016 and Queen Of Hearts from 2018. The band has now moved from the Frontiers label to AOR Heaven and those at the top will be most pleased by this heavy rock album has the usual melodic flair that is so typical of King Company.

The band began life in 2014 when the drummer Mirka Rantanen (Warmen, ex-Thunderstone and ex-Kotipelto) brought in Antti Wirman (Warmen, Children Of Bodom) on guitars, Jari Pailamo (Kiuas) on keyboards, Time Schleifer (Enfarce) on bass and his former Thunderstone colleague Pasi Rantanen on vocals. Rantanen had to leave the band before the second album was recorded due to problems with his vocal chords apparently picked up when touring and he was replaced by the Italian-Argentinean Leonard F Guillan, a singer they found through the glories of YouTube. His vocal style was similar to that of the outgoing Rantanen with both having a touch of the Dio magic and so the change in the band was marginal with Queen Of Hearts gathering lots of praise in the process. It now appears that the curse of the vocalists has struck again with the new singer, Ilkka Keskitalo, coming on-board in 2019 and he has brought his ‘new’ voice and individual style to the band.

King Company has always had a touch of British/American hard rock about them with a leaning towards the gargantuan sound of bands like Deep Purple and this helped them to produce two extremely fine, hard rock albums. This has pretty much continued on Trapped with the band maintaining a distinct trans-Atlantic sound but there is now more of a classic blues thing happening in the background which gives a flavour of early to mid period Whitesnake to the proceedings and it really does suit the band and gives another dimension to their already rich and sumptuous sound. Both of the earlier albums were thoroughly enjoyable metal albums and this is still the case so if you enjoyed what went before then this hard rocking album will continue to delight you as all of the elements that made King Company such a good band remain. The musicians are all excellent with blistering guitar that takes your breath away and they have been fortunate that all three singers that have been through the ranks are all impeccable in terms of class with accompanying powerful and expressive voices.

The band progresses with each new release and if you are looking for the highest quality Finnish heavy metal then look no further as this is yet another quality metal album from a band that just keeps getting better. 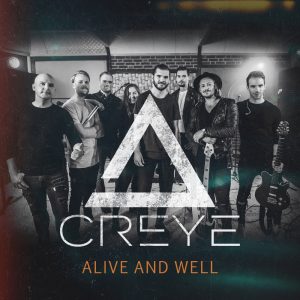 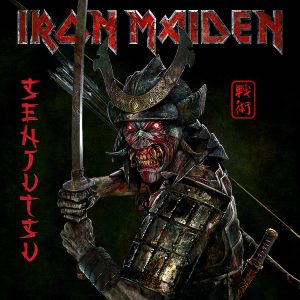