Readers will recall the recent review of Kyros’ latest album Celexa Dreams, launched in June of this year. It received positive reviews throughout the music press rock, demonstrating a skillful mix of Alt-Rock, Electronic Rock and Art Rock with heavy leanings towards Prog Rock. The band have cited influences as diverse as Porcupine Tree, Kate Bush, Muse, Radiohead, Rush, CHVRCHES, The Dear Hunter, Duran Duran, Trevor Horn, IQ, Spock’s Beard and more, illustrating their desire not to be tagged in any particular way.

Velvet Thunder got to talk to Adam Warne, lead singer and keyboard player for the band, halfway through their current “virtual tour”, performing on a number of dates in isolation from fans and from each other! The next is on 17 July as per the feature image, fans being encouraged to go to their Facebook page at 8pm on each of the dates to catch what look like individual “live” performances, designed in part to promote the new album but also simply as a musical feed n these strange times. They’ve also released a cinematic video version of their single Two Frames Of Panic, taken from the new album:

I open by confessing that prior to hearing and reviewing Celexa Dreams, I hadn’t known much about the band, and was curious about what they’ve been up to during the last couple of years since the release of their last album, Vox Humana in 2016.

The band agree “yes, it’s been a quiet few years, but we’ve certainly been super-busy behind the scenes working away on the new album. Our previous album, Vox Humana was a double-album that is a real rollercoaster ride, taking cues from bands like Muse, Rush, Dream Theater, Porcupine Tree etc; but we’ve since started to experiment with taking our progressive sound in a new direction. Trying out new styles that excite us as we’ve all been listening to different things these days. Our upcoming album, Celexa Dreams is a real push from us to try out more of everything. Let’s see what happens if we go further down different rabbit holes more poppy moments, more progressive moments, more percussion, more electronics, more of everything. It’s an album of pure excess and fun!”

I went on to ask the band to say a bit more about themselves and how they met, given their varied cited musical influences. They agreed that “we all have our own influences, but there are a few artists that we look up to that crosses over with most of us. There are bands that definite excite all, if not most of the band at a time. Rush, Imogen Heap, IQ and Muse are a good example of acts that pretty much all of the band listen to”

“We all met up through the internet, whether that be through Internet forums, through other people we know, or even in the case of Joey where we needed a new guitarist so we put out a press release asking for people to send in audition videos. Six years later, here we are and the primary songwriters of the band are myself and Joey. We’ve never felt anxious about wearing our influences on our sleeves and I guess when you bring together our individual influences, and make them work on a level where everyone is happy, and then the rest of the guys chip in their suggestions – we’re left with the Kyros sound!”

I ask where they’re based, and whether (pre-Covid-19) they knocked about with other local bands: “We’re very spread out across the place. I’m in London. Peter (Episcopo), our bassist is over in Bristol. Our drummer, Robin (Johnson) is over in Wokingham, near Reading. But then Joey(Frevola, guitarist) is all the way over in Los Angeles. We make it work via lots of online meetings, our band Facebook group, Dropbox and keeping communication lines as open as possible. Everyone has to play their part and put the energy in to make this dynamic work. But it does work. Beyond Covid-19, in normal times we just have to plan things well in advance. Regular local London shows for instance, could take months and months of advance planning to secure things like Joey’s work visa etc. We have a whole load of bands in the progressive music scene that we’re mates with and a bucket list of who we’d like to get together and gig with. Certainly looking forward to normal gigging returning. Whenever that may be.

I expressed my curiosity over the band’s name change, and the significance of the word Kyros. Adam replies “We had to change our name back in 2015 due to confusion we kept on hitting with the other Synaesthesia that had already been established for years. They were a side project of The Thrillseekers. An electronic music group that have been going for decades. We’d occasionally have people say things like “loved your 1994 album” (I was born in 1993!) (Reviewer swallows hard at this point!!) “The name change also marked a new beginning. Synaesthesia (our former name), was more associated with the project before it evolved into being a band. It was pretty much a solo studio project of mine back then”

I asked about touring plans, given the release in June of Celexa Dreams. Adam agrees “yeah, we would have loved to have put together a tour and got some dates in the bag, but unfortunately with Covid-19 those plans are certainly unlikely for now. 2020 seems like a bit of a write-off when it comes to gigs. We’ll see where 2021 takes us though! We miss gigging! At least in the meanwhile we’ve been supplementing it all with our online ‘Celexa Streams: Isolation Gigs’ series of online gigs that we’ve been broadcasting on our Facebook page every month for the last couple of months, and we’ve got a whole load more of those lined up right through to September.”

I return to the subject of their last album and the gap following it, and how Adam thinks the new work compares with earlier material. “As mentioned above, it’s more of everything. Us seeing what happens if we try out things here and there, no matter how ambitious. We like surprising people, and I think this album is no exception to that.”

Focussing on Celexa Dreams then, I make the point that the songs on the album all seem to be good “story-telling” tracks, and could easily be quite personal to folk in the band. Was each “story” the starting point for song-writing, or did the music “simply emerge”, was it all written around the same time, or were any of the songs a little older? Adam confirms “Some of the songs on the album were written before our previous album, Vox Humana came out! One of those songs, Two Frames of Panic for was the first contribution to this album and has stuck all the way through.” “Overall, this is a much more personal album compared to any of our previous offerings. Dealing with our experiences and shaping them into songs as the years went by. 2016 was an especially tough year for me and my mental health so a lot of the lyrics are based around my experiences in that year, whether it be how I felt whilst on antidepressants, or dealing with certain traumas or personal issues. At the time, I knew that I had to write about all of those experiences as a coping mechanism.”

In terms of how the song-writing duties spread around the band, Adam says “The primary songwriters of the band are myself and Joey. We toss our ideas around the band and they get refined, adjusted and go through the process of being converted into a Kyros track.”

I ask my standard question of how the band work together on producing the album, how they had gone about shortlisting the track selection. Adam says “Yeah, we did have a bit of a process of pulling back a few songs and shelving them for future projects which is not at all what we did on Vox Humana. Everything on that album was written specifically for the album. In the end, for Celexa Dreams we shelved around three or four tracks. But it does mean we now have the freedom to rework those tracks and re-approach them with a fresh mind, giving us a head start on the next album”.

The interview confirms what I already thought, Kyros are an articulate young band, thoughtful in their songwriting and eager to push themselves further, building on their expansive repertoire of musical tastes. Go for it guys! 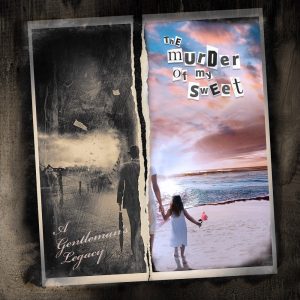 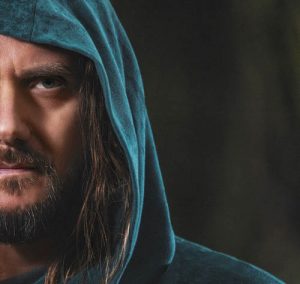 MARIUSZ DUDA – The Soul Of The Shaded Woods 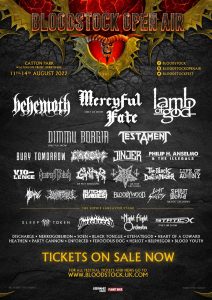