It is difficult to think of Lamb Of God as “veterans” but incredibly this Richmond, Virginia quintet has been around for 26 years now beginning life under the moniker of Burn The Priest in 1994, and it was following a name change that Lamb Of God made their entrance via the New Wave of American Heavy Metal at the dawn of the millennium. Along with bands such as Unearth, the much missed God Forbid and Killswitch Engage and with nu-metal almost becoming a parody of itself, NWOAHM spearheaded a new creative rocket launch and was the genesis for sub genres such as metalcore which it has been said “saved” metal in the 2000s.

The fact that Lamb Of God’s 8th album (excluding their 1999 debut and 2018 punk covers album Legion: XX as Burn The Priest) is self titled, is something of a curious proposition. It has been five long years since 2015’s VII: Sturm Und Drang, an album that came out swinging following the arrest, incarceration and acquittal of the band’s singer D. Randall “Randy” Blythe following a manslaughter charge. Since that time, drummer and founding member Chris Adler left the band to be replaced by former Prong skinsman Art Cruz. With so much happening within the LoG camp and at this stage of their career, the self titled would suggest a huge underlining of the past and the potential for stylistic changes. Whilst this is not the case, Lamb Of God is more than a worthy addition to the band’s musical arsenal.

To that end, Lamb Of God is a Lamb Of God album from the top down and while there are no surprises, the record is rammed full of the band’s signatures, buzz saw riffs and Blythe’s familiar growl/scream; on VII:Sturm Und Drang, the door was prised open to more hooks and the awesome Overlord with those quieter moments (building into one huge heavy as fuck moment) showing that the band was not against playing with formula. While fans may be concerned (and quite vocal) as to Chris Adler vacating the drum stool, Art Cruz may have some hefty shoes to fill but does a hell of a job and makes his presence felt throughout the record.

One facet of the album is its production; the manner of the instruments knitting together but at the same time all audible – the outstanding Gears is a prime example – Cruz’s snare intro, Blythe’s intro growl and then the arrival of the Willie Adler and Mark Morton staccato guitar crunch with John Campbell’s rumbling bass – the presence of each member is felt front and centre and there can really be no qualms as to the playing and the way that the five members are in symbiosis. Blythe’s vocals sound angrier than ever although it can be a bone of contention for some that Randy does slip into clean vocals and despite the fact that this unearths opportunity and variety within the songs themselves. Opening track Momento Mori begins with spoken word over sanguine guitar passages before the song kicks in proper under a barrel of drums and guitar; the rolling chug of the floor pounding riff at the bridge is impressive and offers an auspicious start. That balance does feel slightly off with Reality Bath where the spoken word does clip the momentum and the returning fury of Blythe is actually welcome. As with the previous album there are some guest vocals, Hatebreed’s Jamey Jasta’s spot on Poison Dream is bemusing and misplaced whereas Testament’s Chuck Billy fairs way better in a relatively ‘at home’ thrasher Routes, Billy’s tone smooth to Blythes serrated anger. Cruz really shows what he can do on the drum stool the thrash bombast of On The Hook with a mid-piece flurry of blastbeats.

As the saying goes “familiarity breeds contempt” and this can be the issue with bands such as Lamb Of God – being a vital part of metal’s landscape can have huge asks. To some, a new collection of LoG songs is good enough – and make no mistake, Lamb Of God is a terrific album, a huge slice of quality metal, and far from a sub-par product. On the other hand for others the faith has been slipping since 2006,’s Sacrament; always being reliable and those landmark records means another bar to vault over – some do want more and self titling can indicate that there may be new creative horizons. What cannot be mistaken is that Lamb Of God sound well oiled, are still at their angriest and in a world where there is a lot to be pissed off about – Lamb Of God makes for a fitting soundtrack. 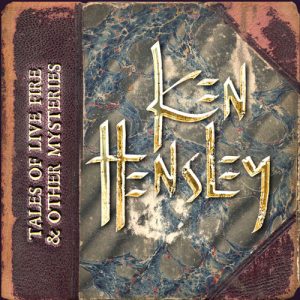