Lazarus Dream is a new hard rock project put together by the German pairing of Markus Pfeffer and Carsten Schulz with Alive. Being the debut release featuring thirteen tracks for 72-minutes of superior hard rock very much in Whitesnake’s Slip Of The Tongue territory.

Markus Pfeffer is a well established multi-instrumentalist and was previously a member of the AOR band Scarlett and is currently the guitarist in the hard rock band Winterland. He supplies all guitar, bass and keyboards on the album and he is yet another amazing guitarist who delivers amazingly fluid solos and his bass and keyboard work is first rate too. Carsten Schulz is a perfect hard rock vocalist with a voice full of power and a soaring might with his English being perfect and accent free. You may already have come across his work with the band’s Evidence One, Midnite Club and Domain. Markus Kullmann (Sinner, Voodoo Circle, Glenn Hughes) has been brought in as a guest on drumming duties and he helps give the music a real vibe and groove and combines well with fellow guest and percussionist Thomas Rieder. The sound is also filled out by Sabina Roth on flute and Thomas Nitschke on Hammond organ and synths and this helps reinforce the ’80s rock feel. The album hints at prog metal but is mainly traditional hard rock and you will catch elements of Rainbow, Dokken, Winger as well as Whitesnake and check out the great track Fleshburn with its exotic keyboard intro which is full of eastern promise and calls to mind Gates Of Babylon from Long Live Rock ‘n’ Roll.

Alive is a most capable and hard rocking debut from an outfit that is currently only project but there is enough here to suggest that it could become something more permanent. The vocalist is exceptional as is the guitarist and the songs are all well written and perfectly delivered. Retro rock it may be but the ’70s and ’80s were halcyon days for heavy metal and this album shows that there are still musicians with the love and the skill to keep the music alive. 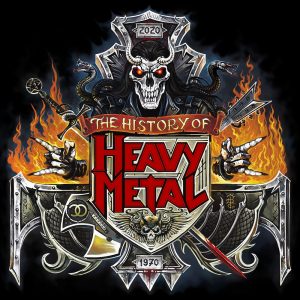 Slaves To Fashion – The History Of Heavy Metal (Independent Release) 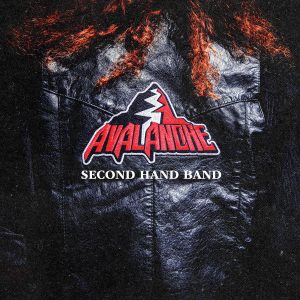