Saturday 19 September 2020 saw the passing away of drummer Lee Kerslake, with the principal cause of death being prostate cancer. He had already confounded doctors’ predictions for himself twice over, so his demise does not come as a surprise. It does, however, come as a profound sadness to all of those who had known or worked with him, as well as an enormous legion of fans across the world. I would like to take this opportunity to put into words what the life, and loss, of Lee Kerslake means to me.

Most people will, quite rightly, know Lee from the decades he spent as drummer for Uriah Heep, for whom he occupied the drumstool for all but two years from 1972 through to 2007, when he finally had to retire from the band for health reasons. At this moment, I am in the latter stages of working on a biography of Heep’s career during the 1970s – their most influential and popular decade – and thus I have become very much immersed in the band and their music. I can’t claim to have known Lee: I have met several members of Heep past and present, but I sadly never had the opportunity to meet him. My own history with Heep began in around 1975, when at the age of 14 I invested in two of their albums: the then-current Return To Fantasy and a Best Of compilation album, which attempted to summarise the band in just ten tracks on a single vinyl disc, with an oddly sparse cover with the words ‘Uriah Heep The Best Of…’ in scholarly gold lettering against a black background, bisected by a single gold diagonal. I became fascinated, and backtracked through the catalogue through such classics as Sweet Freedom, Demons & Wizards and the immense 1973 Live album.

Of course, Lee wasn’t there from the start, joining the band after they had gone through an alarming revolving door of drummers, just in time for 1972’s landmark Demons & Wizards, after cutting his musical teeth in The Gods, Toe Fat and National Head Band. Joining at the same time as Lee was bassist Gary Thain, who himself passed away tragically in 1975, and the pair formed one of the greatest rhythm sections I have ever heard. Thain was a simply astonishing bassist, and Lee made a perfect foil for his dynamically wandering and intricate bass lines by anchoring him with a rock-solid and immensely powerful gift for timing, and it is no coincidence that this key line-up change resulted in what is generally regarded as the ‘classic’ Heep line-up. Lee was to remain until 1979, at which point he left the band owing largely to personal differences – many of which were between himself and keyboard man Ken Hensley, and for decades there was bad feeling between the pair. Happily, this was entirely resolved long before Lee’s passing.

During this Heep hiatus, before rejoining the newly reassembled Heep in time to record 1982’s comeback Abominog album, Lee had a short-lived spell with Ozzy Osbourne, which has passed into legend, for both musically magnificent reasons but also ugly legal ones. Forming the rhythm section on the Blizzard Of Ozz album and its subsequent tour with ex-Rainbow man Bob Daisley, the pair found themselves both ousted only a year later in Spring 1981, after falling foul of Ozzy’s wife/manager Sharon, and though they played on the follow-up Diary Of A Madman album, they were expunged from the album cover and the credits. Lawsuits later followed, culminating in the roundly criticised decision to replace the bass and drum parts for the 2002 CD reissues. So strong was the protestation to this ill-judged action that when the albums were next reissued in 2011 the original parts were restored. In the meantime, Lee was back where he belonged, behind the Heep drumkit, and he remained there until 2007. Including live recordings, during his time with the band Lee Kerslake appeared on an astonishing 29 albums with Uriah Heep, and it is only right that his name is synonymous with the band to this day. It is sad to reflect that three great Uriah Heep rhythm sections are now all gone, as Lee’s other partners John Wetton and Trevor Bolder are also both no longer with us.

As I said previously, I never had the chance to meet Lee personally, but talking to Mick Box and Ken Hensley about their relationship with him, it was immediately clear that they held him in the very highest of regard, and truly loved him as a brother in musical arms. Ken in particular expressed his profound regret at the long-time falling out that they had, and was delighted that they were in regular conversation during the latter part of his life. Lee was clearly a man for whom once a hatchet is buried. it is buried honestly and without rancour. During 2019, having been given only a few months by his doctors, Lee reached out to Ozzy and requested copies of the platinum discs for the Blizzard and Diary albums. Ozzy immediately responded by sending them over with a personal letter, and interviewed soon after that occasion, it was clear that Lee had once again elected to forgive, if not forget. He said that all he wanted was the discs as his final wish, and the fact that Ozzy (and Sharon) made that happen, and the accompanying letter, were enough for him. He waved away any suggestion that he should chase lost earnings, and shortly after that interview was published he even took to his Facebook account to ask fans to ‘lay off Sharon’, saying that with Ozzy’s own health problems, ‘she has enough on her plate’. An astonishingly selfless gesture from a man at peace with his own mortality and, more to the point, at peace with his own past.

Lee’s public persona was a a big, bluff, good-hearted man, known to his bandmates as ‘the bear’, and by all accounts this did not hide any darker side, as what you saw was, generally speaking, what you got. Thoughts should be with his wife Sue at this time, and all of his family and friends, but as fans we can allow ourselves the luxury of a sad reflection or two. It is always hard when one’s heroes pass away, but when they are also heroes in their own actions it should soften the blow. With his courageous and open-hearted acceptance of his own mortality and refusal to let his remaining time be weighed down by holding grudges, we could all learn something from the example of Lee Kerslake. 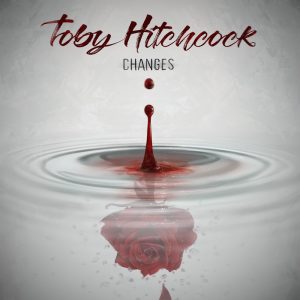 TOBY HITCHCOCK : ‘Changes’ – new solo album by US singer and Pride Of Lions front man / out 09 July 2021 via Frontiers 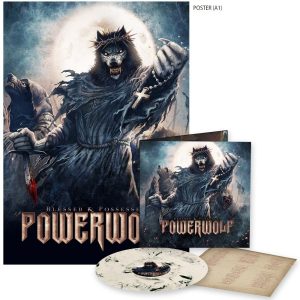 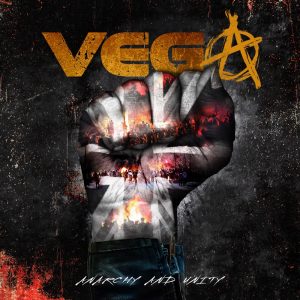