The development that the Norwegian band Leprous has shown with each new album is nothing short of amazing, as the musicians take their already unique and perfectly formed brand of progressive rock and give us a different, truly moving experience with each new chapter in their ever growing, illustrious career. Hailing from Notodden in Norway, the band seems to have achieved so much and come so far since forming in 2001, with Aphelion now being album number seven (or number eight if you include the early demo release Aeolia). They were initially categorised as a progressive metal band, and their dark, sonic landscapes certainly fell into this category, but the core sound has changed significantly over the years; the dark and brooding atmosphere at the heart of the band’s sound has intensified to give each album an ever increasing sense of ethereal majestic alienation, retaining an honest and heartfelt beauty that is achingly uplifting whilst still retaining a sombre note that is thrillingly melancholic.

Strip the music down and you will find similarities with Opeth, Pain Of Salvation, Sigur Ros and Anekdoten too, but these are just small and individual parts that help to make up something that is so much more that its basic components. In truth, the music of Leprous is more of an experience than a straightforward, simple audio exercise, as the lush and dense soundscapes that are served up for us are hugely cinemascopic with the band continuing to push musical boundaries as far as they can be pushed! There have been many changes within the band since they first emerged with the fully formed Tall Poppy Syndrome which truly made people sit up and take notice of this special team of musicians coming out of Norway, and, these days only Einar Solberg (vocals/keyboards) and Tor Oddmund Suhrke (guitar) remain from the team that started the journey. The other members are drummer Baard Kolsatd who joined in 2014, bassist Simon Børven who came in the following year and the guitarist Robin Ognedal who arrived in 2017, which means that there is a developing consistent team as they have now produced Malina, Pitfalls and Aphelion together – and they are about as good as any three albums could ever be.

Aphelion sees the recent trend in a darker edged, melancholic progressive rock continue as the band delights in experimentation to develop a sound that is uniquely theirs which, whilst dark and introspective, still has the capacity to be uplifting and outstandingly emotional too. Of course, it helps when you have Einar Solberg in front of the microphone as he has to be one of the most charismatic singers around, and he really does take your breath away with his exquisite range and power as well as the ability to put so much raw emotion into this delivery that you are literally hanging on his every word. He may supply the sublime voice (as well as the keyboards) but he is matched perfectly by the rest of the boys in the band who all give exhilarating performances and show incredible levels of musicianship. They have also utilised a couple of guests on several of the songs, with Raphael Weinroth-Browne on cello and Chris Baum on violin plus a Norwegian brass group called Blåsemafiaen, and these help to give the music such depth and resonance. The level of songwriting and the lyrics are remarkable as they take you on a real journey with much of the album referring to mental health and anxiety issues, which are obviously driven by the times we are living in and must be something of a cathartic process for the band.

The songs in themselves are not that long, but Leprous manages to make them feel much longer as each is imbued with an essence of grandeur that makes each one something of a mini epic. Each song thrills, and it is not really fair to single out any particular track. but I found On Hold to be a truly moving experience and a song that I keep returning to time after time. If you are looking for intense and inventive rock from a group that pushes the boundaries of your perceptions then Leprous is your band, as you will not hear much to match the imperious sounds and lofty ambitions of this truly unique and inspirational outfit. Every album that they have produced has been excellent, but Aphelion is a real masterpiece and sets new standards for a band that is truly peerless. 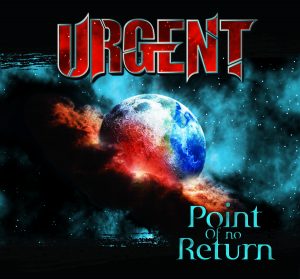 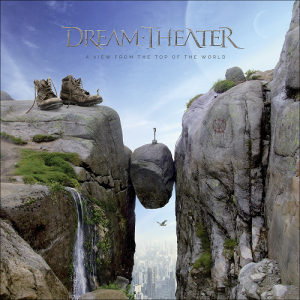 Dream Theater – A View From The Top Of The World (InsideOut) 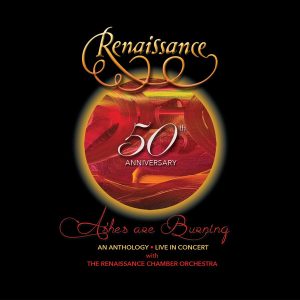