Pre-eminent funk outfit Lettuce have announced that their brand new album, Unify, will be released on 3rd June. The eighth studio record in total by the Boston, US-based sextet, it is their third in a row to be made at Colorado Sound Studios in Denver and completes a loose trilogy that began with the GRAMMY-nominated Elevate (2019) and was continued with Resonate (2020).

Fans can still expect plenty of the ultra-funky, soulful and largely instrumental tracks that Lettuce have always been known for, but in the tightest form they have ever taken. This time around, they have also received the stamp of approval from one of the genre’s legendary icons, Bootsy Collins, who can be heard singing on the song Keep That Funk Alive.

An introductory single from the album entitled Gravy Train is available from today. It features a tightly evolved rhythm section, pin-point accurate horns and guitar-bass interplay not executed this well since The Meters half a century ago. “It just has that classic Lettuce vibe,” states guitarist Adam ‘Shmeeans’ Smirnoff. “It’s one of those songs that’s timeless and could have shown up on any of our first albums. This one is for the OG Lettuce Heads.”

Approaching three decades since their humble beginnings, Lettuce essentially lived on the road until being forced off it in 2020, embodying the sly wink of their moniker: Let us play! They start touring again imminently. “We dreamed this up when we were teenagers, and here we are. We’re still doing it,” says saxophonist Ryan Zoidis.

“Dealing with the pandemic, being in separate places, trying to survive without our best friends, without touring, not to mention the political divide in this country….we really needed to unify,” says drummer Adam Deitch by way of explaining the album title, while Zoidis recalls that “the album somehow came together at a time when we were away from each other longer than we had been in years.” Although the group members were able to write in their respective home studios, they had not actually been in the same room or on stage together since a European tour in the early spring of 2020 was cut short by lockdown.

The very first track on Unify captures the raw energy of the eventual Lettuce studio reunion in Denver, but is not where the story of Unify begins. Its roots actually date back to 2018 when they assembled to begin work on Elevate. Armed with dozens of songs, they tracked enough material for that record, its successor Resonate and more (including the vinyl-only live in the studio improv Vibe). With some stellar pre-existing tracks held over from those records and restrictions finally eased, the group was primed and decamped to Colorado Sound where they reunited with engineer Jesse O’Brien and self-produced the new record. Not having the opportunity of extensively road-testing the material and fleshing it out on tour prior to recording it, this time around the feeling was that they actually ‘discovered’ the music as much as made it, essentially debuting it live in the studio.

A totally collaborative effort, Unify is full of exciting cuts with brilliant lyrics and arrangements by vocalist/keyboardist Nigel Hall and fiery horn parts from trumpeter Eric ‘Benny’ Bloom, while bassist Erick ‘Jesus’ Coomes observes that “we’re just getting tighter and tighter. These have been the first records made with the six of us as a team, and it’s the best the band has ever been: live and in the studio; the funkiest and the most fun.”

There is also the tantalising prospect of hearing it all unveiled on an extensive tour, which commences with a mammoth trek around the US in late March and eventually crosses the pond for a show at London Scala on 20th September that kicks off a set of European dates. “It’s exciting,” adds Smirnoff. “Our audiences are going to hear how we end up interpreting these songs for the first time, in the live form, and then for the 300th time; they’ll get to hear right along with us how the songs will morph and evolve.”

Unify is an expression that is pure Lettuce. It will teleport you to a funky galaxy far, far away, where all life co-exists as one in peace, love, harmony…and music! 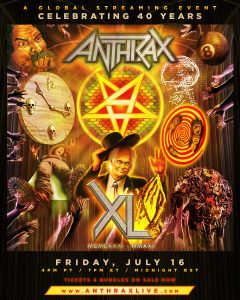 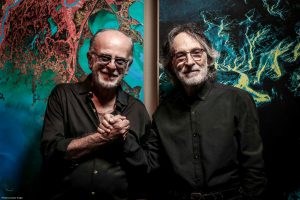