Lipshok is a most intriguing Gothic rock band from the San Francisco Bay Area of the United States and has a fair amount of history behind it. Interestingly, the band’s early career saw them as a corporate dance/party outfit with a lot of hard work allowing them to build up quite a reputation and they even took a leaf out of the Johnny Cash manual by playing numerous gigs in local prisons. However, it seems that the musicians always wanted the band to be a Gothic/symphonic rock outfit and, in 2009, the huge leap forward was made and there have been several successful albums released with Shadows Of A Dark Heart being the fourth CD in an ever burgeoning career.

The band is built around vocalist, keyboard player and song writer Scarlett Dark with Massimiliano Maggiari on guitar, Phil Jameson on bass and Joe Londeree on drums and all are highly skilled and talented musicians. Scarlett Dark has a beautiful, clear voice and provides some great keyboard work too with Maggiari being one of those talented guitarists who it seems can play just about any style. Ostensibly, this is a Gothic rock album but the dark and gloomy side is not so strong when compared to some of the other female fronted Goth metal bands and, to me at least, Lipshok are more in Heart territory with touches of their earlier ’70s more ethereal music combined with the rockier side that we saw in the ’80s. This is not a criticism of Lipshok, more of an observation, and there is a definite symphonic/Goth vibe to the music but I just get more of a Heart feel and I simply adore Heart so this is really praise for the band.

The songs are very well written, heartfelt and haunting with an airy and mystical feel to them and the band adapts their delivery perfectly so that they can be either minimalist with simple and beautiful piano refrains or can adopt a full on, heavy metal approach to convey the storyline. Scarlet Dark is a real talent and she has some amazing musicians around her with some of the guitar work of Maggiari almost being beyond belief. Shadows Of The Heart shows a band on the way up and is a most enjoyable rock album. 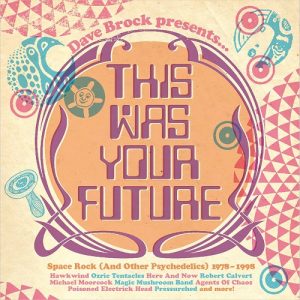 2 thoughts on “Lipshok – Shadows Of A Dark Heart (Sliptrick Records)”