It is fair to say that the last few weeks have been the epitome of chaos. The world appears to be broken while it fights an insidious disease – a new ‘C’ word – that has killed hundreds of thousands of people, taken the string out of society’s back, put economies on ice and people on the breadline. The world was told to stay at home, “locked down” dressed up as a voluntary surrender of liberties and aligning people’s willingness to comply alongside wartime metaphors – “the blitz spirit” – in a battle against an unseen enemy. Mundane tasks such as a trips to the supermarket become a herculean effort in patience, an explosive meet with the feral and suspicious; six months ago the idea of covering our faces was unthinkable and a once threatening gesture which now becomes a symbol of survival. And through all of this we need some light. Our windows into the world have been social media, video conferencing replaces water cooler chit-chat and everyone, whether it be families, friends, co-workers – all faces on a video screen.

Music has always been a source of light in the dark but with gigs out of action for the foreseeable future, a huge chunk of that enjoyment currently does not exist and the arts has become another economic casualty too. The internet is awash with virus inspired playlists, requests to list albums that inspired us spring up every day or stories of digging out long forgotten records. As well as that deep dive into our own collections, with time to kill there is another option of looking for something new. Yours truly did this, a chance spot of a review in an old magazine that had sat unread, a sprinkling of dust coating its usually glossy surface, a quick listen on Spotify and then in a daze that something so musically exhilarating could simply slip by me unnoticed. Thirty minutes later, I not only owned Cult Drugs but headed to the band’s Bandcamp page for more. Blood Command’s discography has become the ‘daily-pick-me-up’. For a band branded as “Death Pop”, this may not seem that uplifting but this band changed my perspective during the vacuum of COVID-19, a global pandemic and the misery and hurt that it has brought in its wake. Music can still bring light…

To be clear, Blood Command’s Cult Drugs is not a new album, it originally surfaced in 2017 and since has been followed EP Return Of The Arsonist in 2019 and a new song – Saturday City – in 2020. The band formed in Bergen, Norway in 2008 – guitarist/vocalist Yngve Andersen, Sigurd Haakaas on drums and vocalist Silje Tombre released two EPs (Five Inches of a Car Accident via Loyal Blood and Party All the Way to the Hospital via Fysisk Format – both in 2009) before their debut album Ghostclocks in 2010. By the time of their second album Funeral Beach in 2012, Blood Command were joined by bassist Simon Oliver Økland. Silje Tombre quit the band in 2014 but according to Andersen in an interview with Bergenmagasinet prior to the release of Cult Drugs in 2017, he had spotted his new vocalist in Karina Ljone on the No 16 bus from Laksevåg to the city. When asked if they spoke, Andersen replies “No, no, no, no, no, I just saw her and thought it’s the new vocalist the day Silje quits, and it’s going to happen. This was in 2013. We knew which way it went.”

Funeral Beach had already gained Blood Command serious acclaim receiving rave reviews both within Norway as well as internationally. The band secured tours with bands such as Biffy Clyro and Protest The Hero but Cult Drugs was also a smash gaining a 9/10 review in Metal Hammer and the band were on the road in support of fellow Norwegians Kvelertak when the Covid-19 hit and like many tours the world over, came to a juddering halt. The last social media post from the band was that Karina was pregnant and therefore taking a break from the band but it was pointed out in many replies that the date was April 1st. As yet, no official response to that and where the new song Saturday City takes Blood Command for future music.

It is not difficult to see why Blood Command has become such a revered band and why their albums were receiving such positive press. Despite listening to Funeral Beach repeatedly, Cult Drugs pips it at the post as to vibrancy and the catchiness of the songs. Like an Exocet missile wrapped in glitter, Cult Drugs is one of the most thrilling and intriguing albums ever to grace these ears. Mixing up Punk with synth and even lobbing in some R&B, with a new voice in Ljone who can scream like the best of them; the stabs of aggression and – like on Nervous Laughter – the brass intro and then a vocal line as smooth as silk. It is the juxtaposition of styles, the very nature of daring to be something else, that combination of the wild and the weird but with a throbbing catchiness. Norway has an interesting history with heavy music and especially Bergen which is probably more famous for the violence and church burnings of the 1990s and the Black Metal scene. Blood Command is no Lords Of Chaos in that sense but deftly keeps heaviness and pushes away that darkness by their blast of pioneering and pulsating pop-punk meets post-hardcore dancefloor mash-up which is a smack between the eyes and dredge of the senses. With the gap between vocalists, there feels a frustration on opening tune Ctrl+Art+Delete, a burst to deliver a punch to the throat, raging drums courtesy of Haakaas, Ljone’s harpy yelps and it is the sound that could fill a festival field with a demented craziness. The title track is just too catchy; the bass chatter throughout is just sublime, the subtle background vocal melody and the edgy riffs are impossible-to-forget earworms that refuse to leave but the line “So sick of fiction coached in a few facts/don’t you think that the world is burning by the way that it acts?” feels so achingly true at the moment.

What is so blindingly obvious is that no two songs sound alike that each is a self contained monster and that may pinch a reminder of Refused or even Paramore but that the whole is actually neither and just totally original; Blood Command are on their own trajectory and that they will clearly soak up any musical atmosphere to bring it to their songs in a “brass instruments may not be rock ‘n’ roll but dammit, we’re going to do it anyway.” It is that sense of adventure and youthful drive that gives Cult Drugs such a lift, a pop caress one moment and hardcore punk smack around the next and with enough flavour to tame the wildest palette for the weird and wonderful at the same time. Gang Signs may have the cocky swagger and that memorable “Game Over” chorus, the mid space for bricks ‘n’ mortar drums and guitar and then holy shit! Ljone screams in and several thousand are off the floor. White Skin/Tanned Teeth echoes earlier albums and a furious punk back drop while the mad mariachi intro of (The World Covered In) Purple Shroud that shows Blood Command are not only about the short burst but the long pull as well as they dive into weirdness and with some boat sinking riffage, mental melody dropped it into the blender and hang onto your hats psychoville. That mariachi brass is the least of your trouble..

Cult Drugs presents some of the most thrilling and brilliant song writing and glorious technicolour delve into soundscapes that I have ever heard. And while there is a following for Blood Command, it seems almost criminal that they are not bigger than what they are, they should be gracing radio playlists and headlining tent stages at any festival you care to name. And that is the point, this band could hit Bloodstock, Download or Glastonbury and they would find an audience. With songs that are as good as this and as inventive as they are, it seems impossible that others will not be caught by this extraordinary band. Cult Drugs is so simply put one hell of an album, totally addictive and while the discovery may have been made during lockdown, this is a record that is going to live on and on, well beyond and forever more. 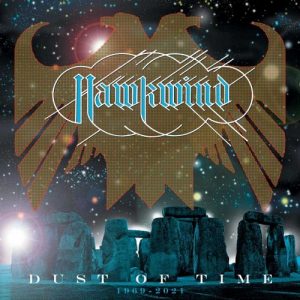 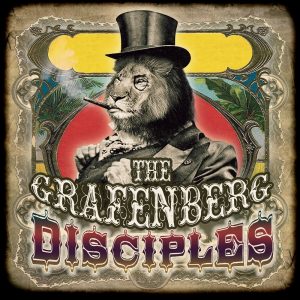