Long Distance Calling are one of the best and most internationally successful instrumental rock bands from Germany, a country that does produce great ‘non-vocal’ music. They were formed in 2006 and How Do We Want To Live? is their seventh studio album. The majority of their tracks are now extended instrumentals, but despite this their sound is versatile and profound, their work exudes confidence at composition, where everything easily finds its place, and with that they construct lively images in the heads of their listeners and get people to fall passionately in love with their unconventional and unique music!

I have to say I’m not the biggest fan of instrumental albums, my attention begins to wander from even the world’s greatest guitarists’ material if I’m faced with an hour’s worth, and Long Distance Calling are essentially an instrumental outfit….this lot, however, intrigue me and to start with I struggled to explain this to myself!

Perhaps the best description for the band would be to say their music is post-rock / alt-rock / metal prog. I’ve seen them described (by one of the of the band members’ fathers) as a modern version of Pink Floyd, which is fair; and I would add to that my heroes at Porcupine Tree and Public Service Broadcasting – particularly the way both of these weave arrangements around stylised vocals/broadcasts

How Do We Want To Live? contains ten new songs, which reflects their established style but also brings completely fresh and unexpected material to the table. The band has been ambitious in the way they experiment with new electronic sounds and how they embrace those elements in their music. This album does have something of a central theme, the idea for which arose last autumn. It’s a thoughtful record, which eerily presages the current Covid-19 situation, although the band are the first to admit that they often create an air of melancholy that perhaps mirrors the present day. Not having heard their earlier material, I can’t comment! They wouldn’t be alone in exploring the relationship between Planet Earth, mankind and technology…

The album’s opener is the two-part Curiosity. First is an introduction / summary of the album, almost entirely synth, building and introducing layers. Its accompanied by voice-over material that could be Public Service Broadcasting, the same clipped, scarey sense of ‘1984’. This is followed by a more conventional rock orchestration, very Pink Floyd a la Animals or Division Bell. It’s beautifully crafted and you get your first taste of the strength of their guitar, bass and drums skill-sets as a band. Powerful, heady, stuff but always keeping the melody up front as well.

Hazard is next, one of the strongest tracks in a strong album. Echoing bass and drums underpin some gently piccato guitar work then keyboards add to the party. The track is structured and built in a very Porcupine Tree way, rising and falling, another bleakly robotic voice-over section before going for the jugular with a really meaty riff-driven work-out. Eeh!

And that’s the thing – this is an ensemble of very gifted composer/musicians, all doing their thing extremely well. There isn’t a weak track on the album, the ambience builds and draws you in – and keeps you there. This is partly down to the electronica, a huge part of their sound, with layers and swirls of sounds. But the guitar work in often exquisite; the bass is commanding, rumbling, buoyant, bold and subtle in turn, and the range of percussion sweeps from dramatic, pounding, through to teasing. But sweeping majestically over the lot is the art of composition, almost classical at times. All extremely stylish!

The next track, Voices, perfectly encapsulates all the above. Eight minutes of symphonic creation revealing gorgeous playing from all of them, I was completely lost in it. This is followed up Fail / Opportunity, only three minutes long but hugely impressive, synth juggling with wind instruments on a very simple melody over an intriguing percussive beat. It reminds me of the beautiful, poignant theme tune for “Morse” written by Barrington Phelounge.

Then comes Immunity. It builds in waves that smack equally of Kraftwerk and Porcupine Tree. It gets organically and progressively heavier, initially with hypnotic keyboards and then with a wider riff-driven powerbase. Percussion is also hypnotic, the melody is; in fact the whole thing is!

Sharing Thoughts is completely different, it opens with almost a minute of almost nothing, just gentle piano. More piccato guitar work then kicks in – its bouncy and fluid at the same time, with a deep 4/4 drum beat. Inevitably, the arrangement builds and builds, very tunefully,more strings coming in to add to the crescendo effect – and I can’t resist using that Classical style of musical intonation, it seems totally apt. Beyond Your Limits is different again, it being the only track to feature full-on vocals. The voice is provided by guest Eric A. Pulverich from Kyles Tolone, who I dont know, but it definitely adds that extra dimension to an already great track, fantastic riff underpinning the lot.

The album’s closing track is Ashes. Not easy listening, a darkly menacing but not incorrect view of humans being akin to a cancerous virus for this planet of ours. Much slower in pace, it’s clearly intended to provoke. The whole thing is echoey, with disturbing percussion and again expansive electronica giving way to some gorgeous guitar work. It feels as though it could have been composed in the Space Station, looking down on us all….certainly thought-provoking.

If I could distill Long Distance Calling, it would be that they are a proggy, post-rock/metal band, but they overcome musical genres by composing material that is hypnotically tuneful, elegaic, elegant and surprisingly addictive and hook-laden. It might be the parallels to Steven Wilson’s mid-period Porcupine Tree, it might be the mesmeric way the song arrangements develop in a Floyd-ian or simply ‘Classical’ style, but I for one have surprised myself by being hooked! (despite the pretty mundane CD cover!)

Seriously, I would urge all fans of Pink Floyd, Steven Wilson, Porcupine Tree, Public Service Broadcasting, Pineapple Thief, Slow Readers Music Club…..and so on…..to give this a listen, you will be very pleasantly surprised! 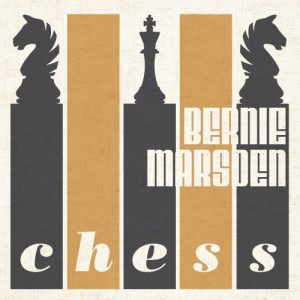