Lord Of Light is a band created by Swedish composer and multi instrumentalist Nicklas Kirkeval and he supplied vocals, guitar and keyboards for the album with Alfred Andersson on bass guitar and Jesper Sunnhagen on drums. Kirkeval originally put this album out on digital platform only in 2019 as he did not have a label but it created a lot of positive interest and now  No Remorse Records have come onboard so that a physical version could be released.

Kirkeval is a classically trained pianist who switched to rock after first hearing Iron Maiden and he cut his teeth in OAR bands before gravitating towards a more progressive and heavier sound. I guess that Morningstar sits somewhere between progressive rock and progressive metal and is beautifully mixed and produced with an amazing level of clarity. The album is relatively short at only 33-minutes with just the seven tracks of which three are in the 2-minute region so the others are all a little more extended to the 5 to 9-minute mark. The material is up-beat, life affirming, well written and beautifully textured. Kirkeval’s vocals are multi-layered and quite gorgeous and his keyboard and guitar work is exemplary with all synth’s being analogue so there is a definite organic feel to the album. I must admit that I thought this was a British band as there is a definite English feel to the sound but the music is more in the area of a proggy Dream Theater yet does not sound like Dream Theater. In truth then, Lord Of Light sound like Lord Of Light and that is a great thing and very positive for a debut release.

Rich and sumptuous, Morningstar is an exquisite release and a sign that Nicklas Kirkeval is a rare talent indeed. 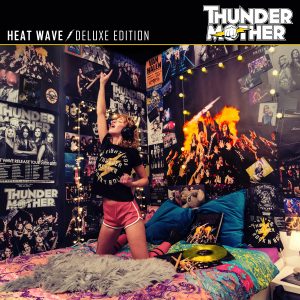