I’m assuming that everyone now knows the story of the Spanish band Lords Of Black, their incredible debut in 2014, the interest of a certain Mr Blackmore which lead to the singer fronting the newly reformed Rainbow and the virtually perfect series of progressive metal albums that Lords Of Black continue to turn out for the ever increasing hordes of adoring fans. Each album has seen the band raise the bar even higher and last year they released Alchemy Of The Souls Part I and everyone wondered what Part II would bring and if the band could possibly top the first part of the story split over two CDs with each half released a year apart.

Well, the wait is over and we finally have Part II simply demanding to explode out of our speakers so the volume is cracked up to maximum, play has been pressed and let the metal mayhem commence! So, the first thing we have to report is that the team has remained together which is always a relief as there is something special about this merry band of musicians with the Chilean Ronnie Romero being the man with the soaring, Dio influenced voice and blessed very much with the golden touch but it is the guitar of the mercurial Tony Hernando that is at the core and just so integral to the sound of Lords Of Black; it is his band and he knows exactly what needs to be done to ensure that the band and its music continues to grow and develop. I’m so pleased that Romero re-joined after a brief stint away, with Diego Valdes and Dino Jelusick standing in, as it is so easy for musicians to become so engrossed in all of the other projects that can come their way and there is always a constraint on time but he has shown true loyalty to the band that was responsible for his career going stellar so it is always nice when people stay grounded and level-headed and, in truth, I think both band and singer really do bring the best out in each other. Once again, Dani Criado (bass) and Jo Nunez (drums) are the unsung heroes yet their hard work is essential and, together, they all contribute to the elemental force that the band unleashes.

The song writing skills of Hernando remain as high as ever and his vision and skills allow him to pursue storylines and concepts that are simply immense in scope yet he always keeps the listener involved and entertained so it is a journey that you embark on with the band and everyone buys into the tales that he is telling. The music is simply perfect hard rock which verges on progressive metal territory and is built on a glorious Rainbow/Dio and Black Sabbath frame with each musician excelling on the exceptionally strong material that Hernando has written. As has said before, Romero has a voice and delivery very similar to the late, great Ronnie James Dio and is an asset wherever he plays and Hernando has a guitar style and sound very similar to the glorious Tony Iommi so what’s not to like in this very modern take on old school metal?

In truth, I would have preferred a double album rather than two discs spread over a year but, this way, we have experienced the delicious agony of waiting and the wait has most definitely been worth it. The album continues where Part I left off and, if anything, is a touch harder and heavier that the first instalment. The real beauty is that the music is timeless and truly genre crossing as it is so well played and delivered that it simply has to be appreciated by any rock fan and it truly does not get any better than this. The album features 12-tracks with a running time of 60-minutes so is pretty close to the timing of part I so we have s combined 2 hours of magical metal that you will return to again and again and I’m sure that the works will stand the test of time in just the same way that the metal classics from the ’70s have. I was lucky to see Dio in his prime and I will remember his performances for ever as he was a man who could touch your soul with one note and I doubt we will ever see or hear his like again but the younger fans who never saw him at least have their own generation of remarkable musicians of which Ronnie Romero is one and so is Tony Hernando.

If you hear anything better than this album this year then you are going to be a very lucky person indeed. I simply cannot manage how they are going to top these two masterpieces but it is going to be fun finding out. The album does actually feature an extra track in the 7-minute bonus song Sympathy which is a cover of the Uriah Heep song originally found on the Firefly album and is beautifully played with a sense of reverence and they have even put on the retro sound of needle engaging vinyl at the beginning and end of the track which is a great fun and shows a real attention to detail. 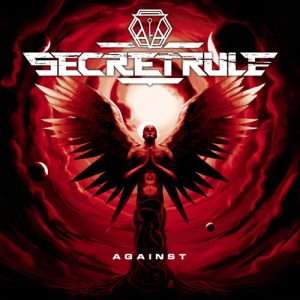 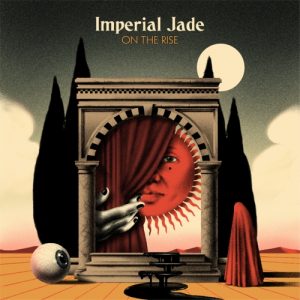