Lugosi is a self styled horror rock band from Dublin in Eire which was formed in 2016 by kindred souls with a love of horror, sci-fi and no little humour. With a punk attitude to delivery, the band plays it hard, fast and direct but they have talent aplenty and it always seems that you have to be twice as good a musician to play it for laughs as you do if you do it more po-faced and serious!

It’s a short album at only 27-minutes but this is the sort of music that you do not need it to be long and complicated, what would be the point of a 10-minute epic when it can be said and done in 2 to 3-minutes? A quick look at the track list is enough for you to understand where the band is coming from and they deliver the shocks and horrors at a 100mph without pausing for breath. This is rock with its tongue firmly in its cheek and it is almost impossible not to get drawn into Lugosi’s cheesy little world of horror, darkness and ghosts of the old school or, indeed, the world of Scooby Doo; is that a ghost or a man covered by a white sheet?

The debut, Rise From The Grave, was released in 2019 and Video Nasty is a continuation from that album as they work on the principle that if it isn’t broken then don’t fix it. As with Evil Scarecrow, the band is obviously having a fantastic time and thoroughly enjoying themselves especially on the videos that they have shot for quite a few of their songs from both of the album. They use heavy Sabbath type riffs to drive the songs forward and quote Misfits and Clutch as inspirations which I cannot disagree with. If you like your rock with a little bit of survival horror and a twist of dark humour then you are going to love Lugosi. 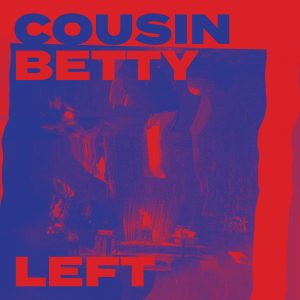