Lunatic Soul is the side project of Mariusz Duda, bassman and vocalist with Riverside, who’ve established themselves as one of the most important and highly regarded prog bands in the genre, and with this he’s able to go into areas and explore ideas, themes and concepts Riverside aren’t able to. As he says, ‘one band isn’t enough for me because I have so many ideas’. Previous Lunatic Soul albums, such as Walking On A Flashlight Beam and Fractured, have been largely electronic, spacey and ambient, but Through Shaded Woods shows Duda is unafraid of stepping outside of his comfort zone and challenging himself to do something different. On .. Shaded Woods Duda expands his musical explorations to incorporate dark Scandinavian and Slavic folk influences, with the emphasis on guitars, largely acoustic and classical. Which means, following on from the previous two albums mentioned, this new album is almost completely devoid of electronics, with the acoustic guitar the dominant instrument. It’s also the album where Duda’s musical skills come to the fore, with him playing all the instruments himself.

The album opens instrumentally with Navvie, an acoustically driven tune which begins like Mike Oldfield playing a folk song. Navvie is the name of the Slavic underworld, and it also denotes the souls of the dead so, as Duda says, ‘it gives me great pleasure to welcome you to my musical underworld’. The Passage also opens acoustically and it refers to the destination where someone is to be cleansed and reborn ..’I need to find the passage to the light’. Title track Through Shaded Woods opens a little heavier and with an almost Gregorian feel for the first couple of minutes, with Duda sounding like he’s singing underwater. The shaded woods themselves, says Duda, are references to the most difficult moments of our life, ‘our worst traumas and nightmares. Going through these woods symbolises facing them, it’s a test of courage’. Oblivion starts like a folk song and has an acoustic bass riff running through the song. Summoning Dance opens with a gentle breezy acoustic piece and, as the track progresses, the riff becomes almost hypnotic with some mazy instrumental runs, and is the first track on the album which could be Riverside. The album concludes with The Fountain, an emotionally atmospheric track where Duda intones he will ‘wash away the darkness from my soul’. All the songs on the album have many twists and turns over the main sequence and, if Lunatic Soul ever became a ‘live’ project, each song opens up the possibility of being expanded upon.

Shaded Woods is released as a single CD and Vinyl album, and also as a limited edition CD, where there are three instrumental bonus tracks, and these are very different from what’s gone before. Vyraj and Hylophobia are quite short pieces and are played to the sound of electronic drum beats over varied rhythm patterns, but the 27 minute Transition 2, after a mournful intro, gradually meanders off into its own space, with notes repeated endlessly and seemingly going nowhere. You would have to be a major fan of the work of Mariusz Duda to buy the limited edition CD just to obtain this bonus disc.

The main reason to buy this CD is the main tracks, because Mariusz shows again on ..Shaded Woods, quite likely the most refined and richest sounding album in the Lunatic Soul catalogue, that he has a great voice and some interesting and imaginative musical ideas, and it’s an album you can listen to and enjoy without necessarily being a Riverside fan. It isn’t always an easy listen, as the listener is being taken on a journey, but it’s a journey worth the ride. 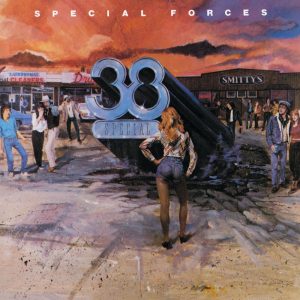 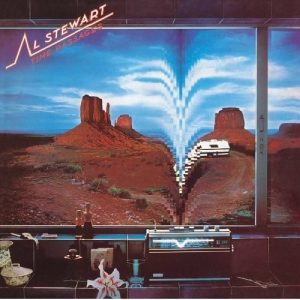