For every musician who makes it big time and becomes a household name then there surely must be a thousand or more similarly talented musicians that remain virtually unknown yet they are the ones that ensures that the musical merry-go-round keeps rotating. The American musician, song writer and producer Lyle Workman is just such a musician being absolutely invaluable to the business but probably only know to a hardcore fan base yet he will truly be appreciated by his peers. He is a solo musician but has a very active career as a sideman and session guitarist having toured with and recorded with the likes of Beck, Sting, Frank Black, Todd Rundgren, Norah Jones, Bryan Adams, Sarah McLachlan, Jellyfish, Ziggy Marley and legendary jazz musician Tony Williams.

Allied to this is his work as a film composer with credits including Superbad, The 40 Year Old Virgin and Forgetting Sarah Marshall. We now come to his latest solo work, Uncommon Measures, which seems to be a coming together of all his prodigious talents being an instrumental album of huge and epic scope that involves a talented team of musicians and with the addition of a 63-piece orchestra that was recorded live at Abbey Road, come on, it doesn’t get much bigger or grander than this! Workman has written a very eclectic album that has broad appeal as it covers so many differing styles and the instrumental format really does allow these styles to mix and meld with each other with no apparent overlap or issue. Uncommon Measures is a work that Workman has spent the last four years on and you can tell just how much time, effort, blood, sweat and tears has gone into the project even though the final output is a smooth and wonderfully produced work of art. The album plays like some vast and all-encompassing film score to some dystopian future world that sees a unique and exhilarating blend of progressive rock, jazz fusion, classical and choral which really shouldn’t gel; but it does and does so perfectly. The music seems to grow and develop in a strangely compelling and almost organic fashion and continues to deliver fresh elements to revel in with each play. This is a complex and ever changing work that has melody throughout yet often challenges but always stays on the right side of experimentation.

Lyle Workman grew us as a young man listening to The Beatles, Yes and Genesis which developed into a love of jazz fusion which led him to the amazing Mahavishnu Orchestra and the truly extraordinary jazz improvisations of the one and only Miles Davies. A touch of all these styles can be found in the nine compositions that make up this fully immersive score but it is the hand of John McLaughlin and The Mahavishnu Orchestra that is most prevalent. Check out the absolutely amazing guitar that is played with so much control and skill, truly sublime. Workman began work on the songs back in LA then brought in a quality team to bring everything to life before finishing off with the live orchestra giving the music an added dimension.

There is a feel of the epic nature of Alan Parsons about this album which gives some sort of idea as to the technical and complex nature of the beast but the inherent melody within ensures that this is a fully enjoyable and brilliantly crafted rock album with jazz fusion elements adding to the delight. An album to sit back to, don the headphones and float away in real musical delight. 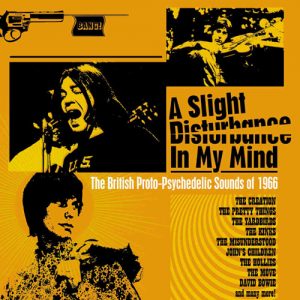