A headlong leap into the symphonic progressive rock waters, where every trick in the bag is sprinkled liberally throughout…

A lone middle-aged actor sits in a rickety dressing room, bottle of spirits within arm’s reach, gazing into the mirror while a dozen ghoulish faces of his past roles stare back at him. It is a striking image, and the most evocative cover artwork of Magenta’s nearly twenty year career. Historically, their most lauded works have been those with a strong, well-defined concept, such as the deadly sins examined on Seven or the famously tragic celebrity deaths on The Twenty Seven Club. Their eighth and latest studio album Masters Of Illusion follows suit and examines six actors from the old school of classic horror films (Bela Lugosi, Christopher Lee, Lon Chaney Jr., Ingrid Pitt, Peter Cushing and Vincent Price). But there’s a twist: Steve Reed’s lyrics focus on the performers rather than the characters they famously portrayed on celluloid. This lends the album a refined maturity it may have lacked had they gone the more cartoonish route of writing songs about vampires and wolfmen.

Magenta have garnered much critical praise and earned their position among the top tier of modern-day progressive rock bands of the traditional, classic style. Standing alongside giants of the scene such as The Flower Kings, Transatlantic, IQ and Glass Hammer, the band have consistently crafted imaginative works exhibiting the best attributes of the genre while infusing some of the better elements of modern recording. Stylistically, Masters Of Illusion is an answer to the more current sound of 2017’s We Are Legend. If that album was edgier and perhaps strayed somewhat from the core ‘prog’ sound they tend to employ to their usual advantage, Masters is an unabashed return to form; a headlong leap into the symphonic progressive rock waters, where every trick in the bag is sprinkled liberally throughout to great effect. The result is a lofty, beautifully produced, and highly melodic release that rivals some of their best work.

Sorrowful strings open the album before the warm, familiar voice of Christina Booth arrives a full three minutes into opening track Bela. The band fearlessly chose the eleven minute track as the advance single, because… well, why not, it’s prog after all. But also because it’s one of those tour de force epics that showcases everything Magenta does best: grandiose, majestic themes, dramatic mood shifts, captivating playing, and that flat-out brilliant sound they achieve courtesy of Rob Reed’s stellar production. Their albums always sound magnificent, with a dynamic range and depth sadly missing from so many modern releases. The gentle, wistful intro of A Gift From God eventually leads to a beautiful but restrained chorus with dual vocals featuring Christina with guest singer John Mitchell. But the real highlight is its stirring middle section, where a swirling cocktail of 12-string guitar, oboe, mellotron and bass pedals recalls early 70s Genesis. Chris Fry’s guitar soars above the emotional climax and the song trails off gently as it began.

The vibe switches up on Reach For The Moon, with its bluesy and soulful intro, rolling saxophone parts and upbeat nature. But despite some terrific aspects, it doesn’t stand out as one of the better tracks, seeming to run a little long for what it is, and the chorus could use a bit more heft. That being said, there’s some tasty guitar work throughout the piece that definitely tacks on a point or two to its final score. Snow is a likeable little oddball that gets things back on track with playful, bouncy piano and a mischievous tinge to the matching vocals. Surprisingly, it drifts into a lovely atmospheric section with crying guitar leads before resuming the infectious groove of its charming and merry chorus. I’d wager Christina had a ton of fun singing this song.

The spellbinding 12-string guitar intro to The Rose is highly reminiscent of Anthony Phillips, and makes for a beautiful counterpoint to the previous track. The piece shifts to a full-on prog workout, Pete Jones’ squealing sax dueling Reed’s arsenal of synth sounds, with delicate strings, energetic rhythms and guest Troy Donockley’s Uilleann pipes on the closing section. It’s something of an ‘everything but the kitchen sink’ track but it works well, and grows in stature with repeat listens. Incidentally, this is one of the tracks found in a different form on The Lost Reel, the bonus disc of the special edition of the album which features 74 minutes of new arrangements and some older tracks given fresh remixes for 2020.

The cinematic, 17 minute closer Masters Of Illusion will surely be a fan favourite; a massive slab of soaring symphonic prog in all its audacious glory. The sprawling epic is not only the best track on the album, it’s one of the finest of their catalogue; a brilliant merging of breathtaking melodies with dazzling playing, with enough mood and tempo shifts to satiate the most ravenous prog aficionados. Wisps of Camel, Renaissance, Yes, and Marillion flow throughout this outstanding composition, with a rich blend of nimble synth lines, formidable vocals, and arresting lead guitar lines gliding over top a powerhouse rhythm section anchoring the whole works. Suffice to say, this track is the band firing on all cylinders and delivering a truly stunning finale.

Ultimately, Masters Of Illusion finds Magenta at about the place you’d hope them to be at this stage of their career. Learning from past successes and mistakes alike, utlitizing their strengths and satisfying their fans as well as themselves. They aren’t new, young, or about to reinvent the musical wheel. But they are at the top of their game, they sound as fantastic as ever, and they continue to produce high quality albums, setting their own bar increasingly higher. I can’t predict exactly where this latest release will find itself among fans’ rankings, but with its better songs and the immense strength of the title track, expect to see it quickly hoisted to at least the upper third of their catalogue. Is it the best album they’ve ever made? I somehow doubt it… but I sure wouldn’t argue with anyone who says that it is. 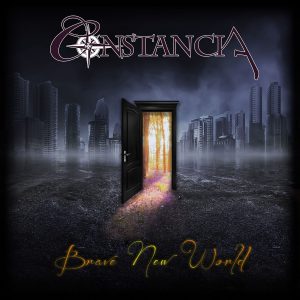 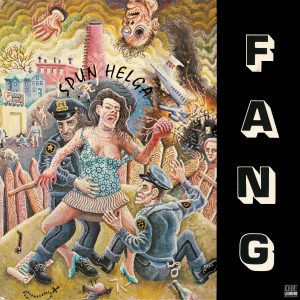 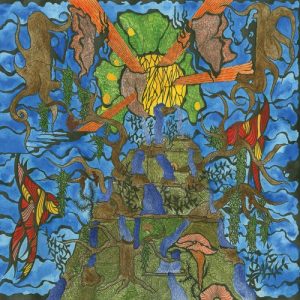